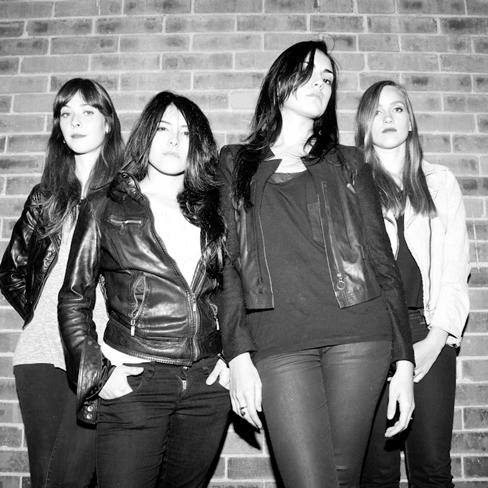 RYL: 2005 -2015 , 10 years of Ruido Rosa, how are you planning to celebrate this anniversary? Which was the major achievement of your career?

RUIDO ROSA. We would love to celebrate by launching a new album, show everyone the evolution over all these years.

What we most value over all is the opportunity to share the stage with a lot of people we admire and show our music to everyone that comes to our shows. We think the best is yet to come for us.

RYL: Tell us everything about “Amancer”…..

RUIDO ROSA: The song is about having a fun night and wanting for someone to take you till the dawn of the other day haha, its about having and adventure, we think it’s a fun song to play live too. We wrote it when we took some time to compose more songs in a different way than what we used to, before we used to have a jamming session and then put the melody and the lyrics, but with this song we tried another approach by having the melody and the lyrics first, it was a fun way to do it.

RYL: Do you remember how did you write the song “Dentro” ?

RUIDO ROSA: It all started with a bass riff and music, our first drummer showed me some lyrics in english she had and they were pretty similar to what I had written in Spanish, it was about expressing feelings of anger and desperation to someone else that’s doesn’t get it, so, with that feeling I wrote the final lyrics, starting trying them on stage and kept them.

RUIDO ROSA: the first ones were written after the music so I looked up to lyrics I had without music and after having a melody started to listen to the rhythm and feel of the song overall to write them. For the latest ones we talked about what we wanted to communicate, wrote down words and the try to come up with melodies that could match up the feeling.

RUIDO ROSA:I really like the verse in ‘dias de verano’, its simple and kind of abstract haha but everytime I sing it I get a memory of that exact moment.

RUIDO ROSA: that’s a hard one! Haha I think right now it would be ‘Aint no sunshine’ by Bill Withers, I couldn´t get tired of that song.

RYL: Acoustic or electric guitar in order to write a good song?

RUIDO ROSA: I think it depends on the mood of the song, sometimes I prefer bass guitar.

RYL: when we will see you next on tour?

RUIDO ROSA: hopefully soon, we wanted to take a break of stage to really take time to write the next album and go on tour with the new material.

RYL: What inspired “Miedo a Caer”?

RUIDO ROSA: Carla (bass)had some lyrics and she explained the feeling of being on the verge ,of basically losing it haha so we worked around that, the song was first written in english and then we took it as a challenge to write it in Spanish, it talks about being about to explode, feeling pressured but at the same time learning to let go.