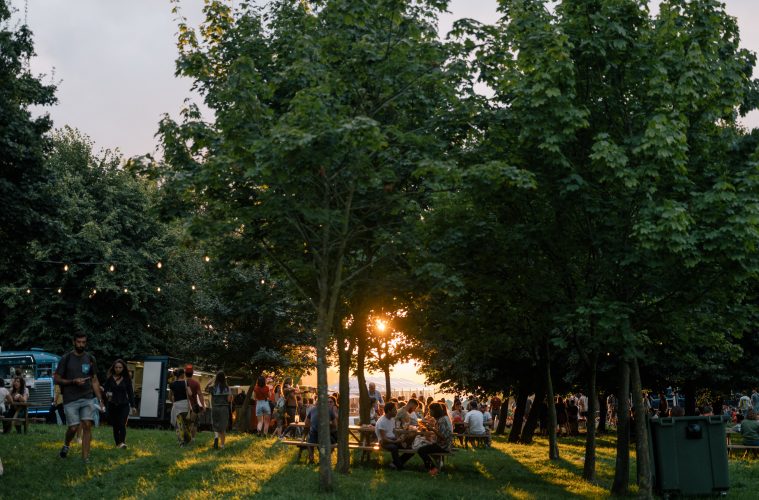 2manydjs to host the farewell party at Bilbao BBK Live

Bilbao BBK Live announces the complete roster for its fourteenth edition, to be held the 11th, 12th, and 13th of July in the privileged natural environment of mount Kobetamendi. The festival will count on performances by The Strokes, the culprits of rock’s revival in the current century; Liam Gallagher, one of the most influential frontmen of all time; Thom Yorke Tomorrow’s Modern Boxes, the Radiohead ringleader’s solo project; Rosalía, back from her international triumph at Coachella; Weezer in an exclusive Spanish date; Suede, more relevant now than ever; and Damon Albarn’s supergroup The Good, the Bad, & the Queen; among other artists. Joining the ranks were 2manydjs, masters of dancefloor damage who left fond memories of their 2013 and 2016 Kobetamendi shows and are back again to send off the festival in high style. All told, this is stacking up to be one of the most sizzling and mind-blowing editions yet, with over 95 live acts spread across 5 stages, an exquisite selection of close to 25 foodtrucks covering every taste and dietary need, over 10,000 sites at a campground on the mountainside with full services, free shuttles to the festival grounds, a curated market with exclusive merchandise, independent designers, and much more amid green surroundings with the best views over Bilbao.

Also joining the party are Viennese electronic duo HOVB, whose shows always feature spectacular visuals, presenting their fourth record ‘Rocco‘; Biig Piig offering up little jewels of downtempo jazz set to recurring hip-hop beats where Jess Smith is in her element, lyricizing live both in English and Spanish; Italo-Spanish duo Delaporte, whose game is conjugations of electronica, pop, infectious melodies, and tropical and African rhythms, bringing us their first full-length Desde Anoche; and Sua, a young Biscay band arriving at the festival through the arch of victory of the Gaztea radio station’s demo contest, a trial that also served as springboard for bands of such stature as Berri Txarrak and El Columpio Asesino. In other news, Las Ligas Menores’ set has been rescheduled to Saturday.

That officially locks in the festival’s roster, true to its mission of offering a sampling of the current moment’s choicest artists, as well as being a space for references who in the past laid the foundations for today’s music and have known how to adapt to our new times. It’s a reflection of the musical panorama of the present, and a bid on new sounds and names that are forging the future of music. Among them are highlights of such diverse ilk as The Blaze, one of the most stimulating electronic projects of the moment; Hot Chip, a long-standing staple of British electronic pop; Idles, the new wave of punk; Brockhampton, hip-hop collective revolutionizing the scene with their steamrolling act; Nils Frahm, who’s managed to put a piano and synth album on the top-of-the-year lists; Modeselektor Live, shapeshifting since the ‘90s while shaping global electronica; Vetusta Morla, a mainstay of Spanish rock raising the roof wherever they go; Laurent Garnier, giving lessons in electronica for 35 years now; and Vince Staples, a pivotal figure in the new era of hip-hop and rap. Then there are the avant-garde spaces like Basoa, the festival’s electronica forest; Lasai, a corner for indulging in the pleasure of downtempo grooving; and more—much more—contributing to the great sensory experience that is Bilbao BBK Live 2019.