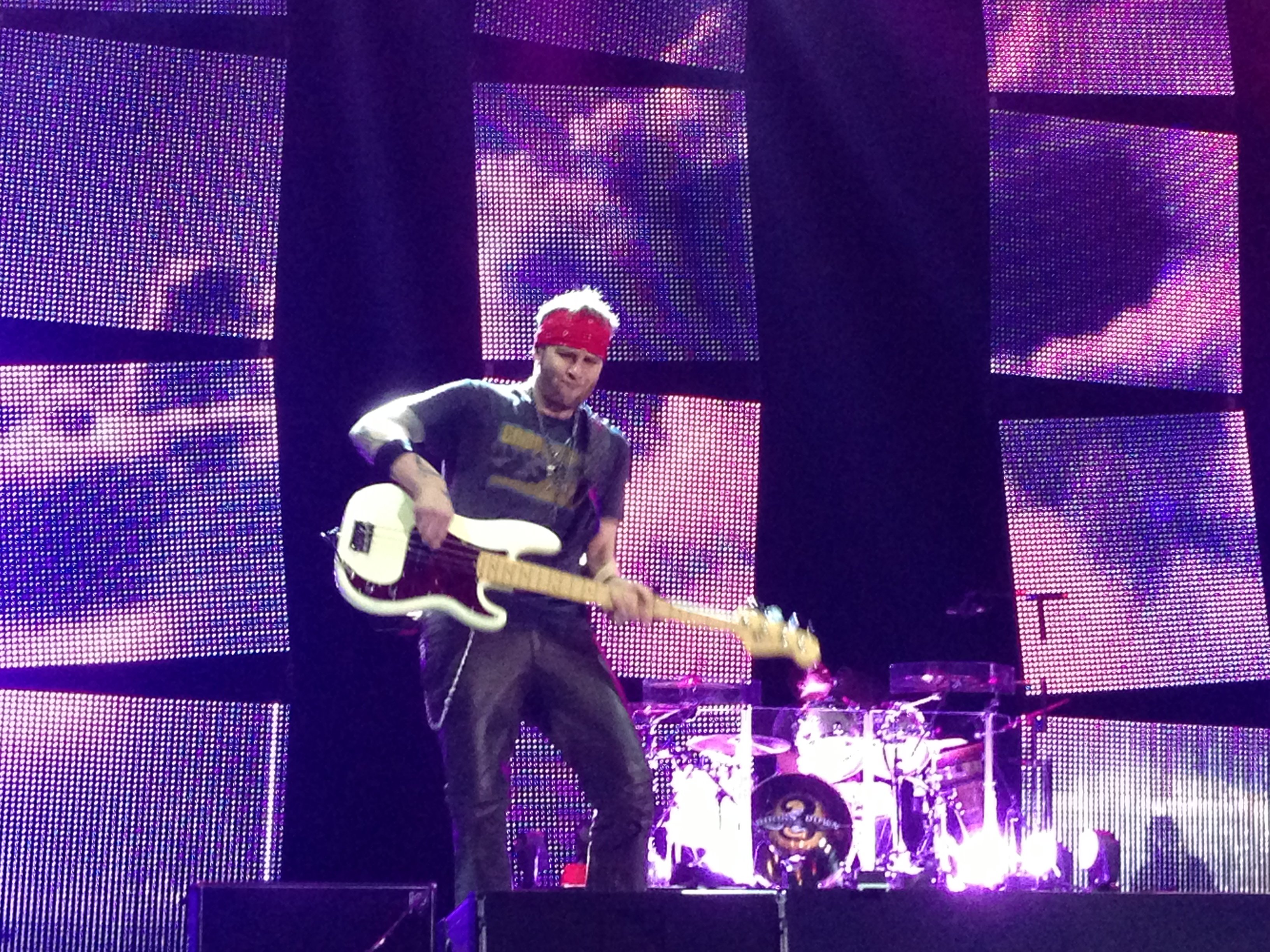 3 Doors Down – LIVE IN DUBAI

Another friday at the Dubai Jazz Festival, the atmosphere is kind of chill, despite the high temperature of the day in the night everything is different……. one of the main sponsors had a fantastic idea: to distribute blankets…..red ones.

Blankets in Dubai??? no way…… luckily these lasted not that much, we had to wait till 10,30 to see the 3 Doors Down, the american band from Mississippi, taking the stage.

We know you are hungry to understand how did it go but before we would like to focus your attention to a great guitar player (and music producer) that opened for the band.

His name: Chuck Loeb, amazing the way he played and it ended up with a standing ovation………we didn’t know about him but surely he was able to amaze us!

Brad Arnold (the singer of the 3 Doors Down) was very excited about being for the second time in its career in Dubai, actually the band is touring to support their latest album of greatest hits made over 17 years of career.

The crowd wanted Kryptonite, their most famous success, that has been played only at the end as an encore.

The band went trough several success and new songs included as special “gift” on the last album: these are “Goodbyes”. “There is a Life” and “One Light”.

Brad’s message from the stage was clear try to make the world a better place, try to give more than what you take.

It is very rare to find a rock-band that gives these kind of messages , especially during a concert…..we were amazed by that even if, sometimes, it could have perceived too mellow.

The crowd just loved their performance and we did too! Rock Your Lyrics was as always in front row, ready to report the gig for our fans!

Todd Harrell (bassist) had the strongest on-stage presence, he was jumping, running , pushing the crowd to have fun.

The stage was anyway too big, we think the band can give better emotions in a smaller space, the two guitarists, Chet Roberts and Chris Henderson were too separated in our opinion…..it was like they were playing two different concerts…..

Did you know that, at their beginning, the band was formed only by 3 members? and once, walking over a street, they saw a signboard that was saying “doors down”…….. since there the name “3 Doors Down”.

Dubai Jazz Festival, kept the promise, they will rock the city…….. next weekend Deep Purple……to the roots of Heavy Metal!