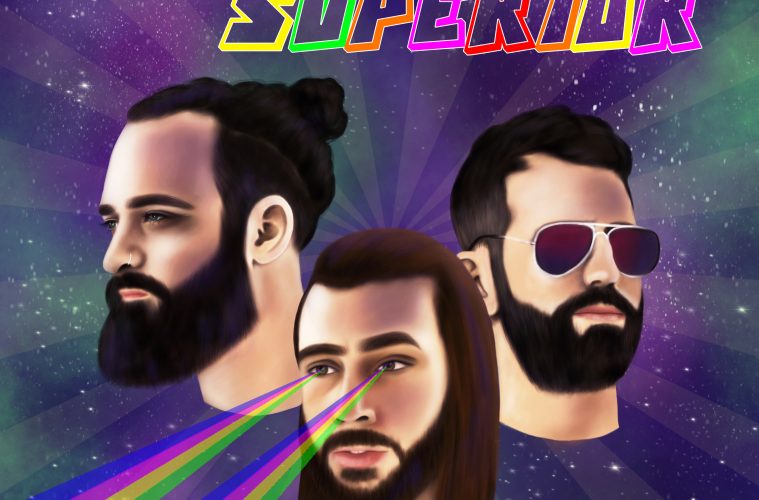 Sara Cox hand picked ‘Cola Bottle Fizz’ to be the theme tune for her new TV show after drummer, Alex, gave her the track whilst working as a soundman on ‘Lorraine’.

Superbird are a pop, funk & roll power trio consisting of Joe Fin, Alex Ash and Freddy Sidero. The band wear floral suits and very elaborate clothing that match up with the colourful music that they create.

Superbird had their first live TV appearance on the Sara Cox show on 31st August.