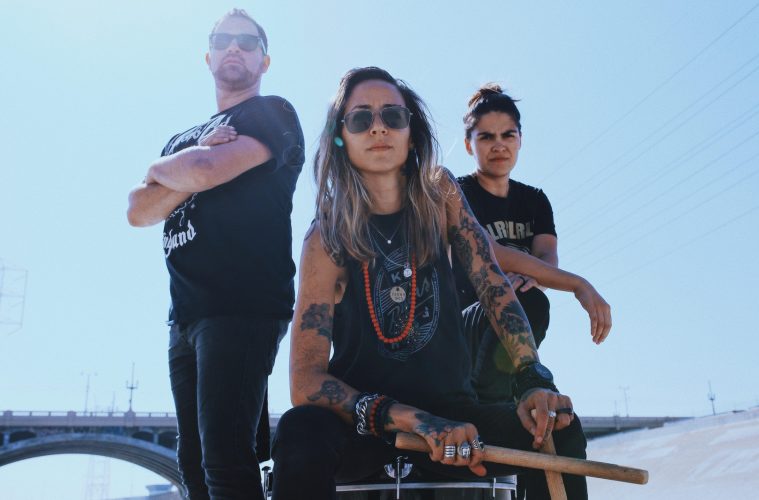 Tarah Who? Well, “she” equals “they,” and “they’re” a band masterminded by grunge-punk sage Tarah Carpenter, a firebrand frontwoman who channels explosive emotionality into rousing anthems.

“I’m really sensitive to things that happen around me, and I love studying psychology and human behavior,” Tarah shares. “When I write, I seek to process personal stories and news stories through these perspectives, but in a way that’s relatable to everyone.”

‘64 Women’ is the highly anticipated EP from the emergent L.A. power trio Tarah Who?.

Band leader Tarah G. Carpenter wanted to release the EP on March 8, which represents the International Women’s Day in deference to the 64 women who were with her at the downtown L.A. immigration jail on November 2016.

From the intense and tragic theme single “Numb Killer” to the betrayal, relationship song “Hurt” a la PJ Harvey, Tarah Who? will take one on a very emotional and energetic ride as this authentic, raw, rock, will make you want to get up and mosh like we are still living the ’90s. 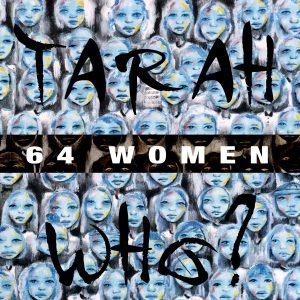 Tarah exudes a spiritual centeredness that is poetically aligned to the origins of her name. The name “Tara” in Buddhist lore refers to the “mother of liberation,” an apt archetypal reference for such a strong and shamanistic female artist.

Tarah Who? is a power trio in every sense of the phrase, bonded together by telepathic musical interplay and profound interpersonal connections. In addition to Tarah, the three-piece band also features bassist/backing vocalist Joey Southern, and drummer/backing vocalist Coralie Hervé. Previously, Tarah Who? has released two full-lengths, two EPs, and one single of raw punky rock n’ roll.

It’s a remarkable feat for an unsigned band to make such waves in the biz, but Tarah Who?’s incendiary live shows and snarling sing-alongs are hard to ignore. Even alt-pop goddess Alanis Morissette’s guitarist Jason Orme has given a big stamp approval to the group, co-producing and playing guitar alongside Tarah on the released EP, ‘Half Middle Child Syndrome.’

Tarah was born in France and began smashing away at the drums at just 14, ignoring those around her who suggested she try her hand at a more “ladylike” musical pursuit. Willful, and somewhat stubborn, she honed her chops, forged her own creative path, and branched out to bass, guitar, singing, songwriting, and producing (she produced the band’s EP alongside Jason).

After a fateful move to Los Angeles, Tarah made her solo debut as Tarah Who? at a warehouse party. It was a gig she found on Craigslist, and it proved to be the perfect opportunity to share the songs she had been writing privately. After the gig was well-received, Tarah decided to form a band to enhance and support her songs.

Up next, the trio is roaring to get back into the studio with Jason. The band is fired up, inspired, and tighter as friends and musicians. In closing, bassist Joey offers this final thought: “When I first met Tarah, it floored me how bold she is; I felt this exuberance and fire from her. It reminded me of why I play music in the first place.”