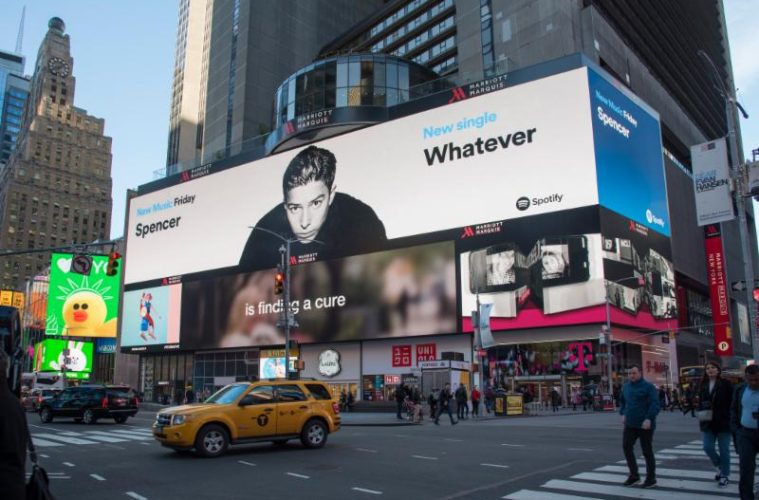 A conversation around songwriting – Interview with Spencer

What inspired your latest single “Whatever”?

Whatever is a love song about a girl that’s really special.

There may be other girls in your life but they don’t really matter because you always come back to the perfect girl.

When will you release your EP?

No set dates yet, but I came promise new music, videos, and live shows soon!

How do you usually write your lyrics?

I have a notebook that goes everywhere with me which I fill with any lyrics that come to mind.

Whether its an idea, a title, or a word, I record it in my book so that I came come to the studio somewhat prepared.

Then I flesh out the idea once I written the music and make sure that it fits the vibe of the song.

When it was last time you wrote some verses?

I write all of the time, but most of my writing happens at studio sessions. I actually have a set up at my place where I can cut some ideas whenever I have a creative moment!

I hear a lot of people say that music is an escape and something that they do for themselves, and I agree with this to some degree, but for me, the best music is made when a bunch of people come together to create.

When a great song is written, there’s immediately this electric feeling in the room and that happens when I express emotions that I didn’t even know I was feeling.

Every time I hit record I feel like a learn a little piece about myself.

What is the best show you played until today?

Hands down playing at Outside Lands Music Festival. There were 80,000 fans in the crowd and the energy was crazy.

Outside Lands is also in my hometown, San Francisco, so a ton of my friends were there which added to the whole experience.

What is your biggest dream?

I’ve always wanted a to sell out Madison Square Garden.

Ever since I was little it was always seen as the pinnacle of success as a musician. Hopefully, 2018 will be the year!

The best verse you ever wrote?

I wrote this song called Daisies which lyrically, is probably the best song I’ve worked on.

It’s one of those songs that is more of a poem than a song but it’s still dope.

Hopefully, it’ll make the album and I can share it with the world!