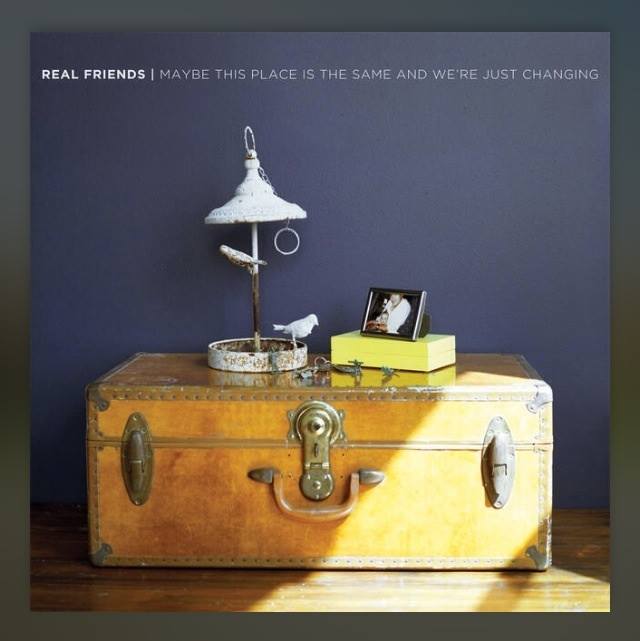 A journey inside the lyrics of REAL FRIENDS – interview

RYL: You are about to start a new tour 🙂 , can you tell us more about it?

REAL FRIENDS (http://www.realfriendsband.com/) : We are preparing to head out on a full US tour. So we are pretty much playing every major city in the USA. We are also playing in Toronto. It’s going to rock hard.

RYL: Which is the greatest show you have done so far in your career?

REAL FRIENDS: I would say the greatest show was when we played the Chicago Warped Tour date this past summer. That date was in our hometown of Tinley Park. We all grew up going to shows at the venue Warped was at, so it was an honor to play there; kind of felt like a movie. Haha. 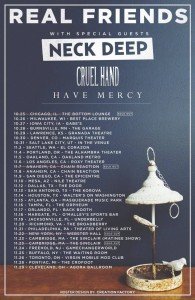 RYL: We absolutely love your album “Maybe this place is the same and we are just changing”, our favorite song is “Cover You Up” ……can you tell us more about its lyrics?

REAL FRIENDS: This song is about the earlier stages of overcoming heartbreak. There’s a lot of honesty and doubt in the words. I feel like it’s one of my favorites lyrically because it captures a lot of emotion.

When I wrote this song, I was on the fence about a lot of things in life. It’s kind of cool to look back and see the growth.

RYL: Is there a common meaning between all the songs of the album? What “Loose Ends” means for you?

REAL FRIENDS: They are all really different stages of heartbreak, change or getting older. I usually keep things simple because I feel like that’s the most honest way to be.

“Loose Ends” means not having everything in place. We are all a little out of our mind sometimes. We all have loose ends.

RYL: Tell us about “I don’t love you anymore”, what inspired its lyrics?

REAL FRIENDS: It’s pretty self explanatory really. This song is about when I finally realized I didn’t know my past lover anymore.

If you don’t know someone, then you can’t really love them. It sounds like a negative song, but it actually holds a lot of positivity in my eyes. It takes a lot to not love someone anymore.

REAL FRIENDS: I write everything on my phone in Notepad. It makes it easy to edit while on the go. Sometimes I will literally write one word and come back to it later and write a whole song. Lately I’ve been writing myself notes in there.

Last week I wrote “write about life.” It’s a nice reminder to simply write. I need that from time to time.

REAL FRIENDS: My most favorite verse is in our song “Hebron”.

That song was written when I was literally at my lowest. There’s a lot of references in the verses that are personal to me.

Only the person the song is about and me would know the true meaning. It’s always cool to throw stuff like that in songs.

RYL: tell us about the last song you wrote :

REAL FRIENDS: I write a lot. It typically all starts as a bunch of random lines. So the last line I wrote was about looking back on my stupid young self.

I’ve been writing a lot about how I used to be an asshole. It’s kind of weird to see me grow from a boy to a man. When I look back I realize where I made mistakes. It’s good to write about that.

Good therapy for me.

RYL: Let’s go back to the album “ Put Yourself Back Together” of 2013 and talk about the song “I’ve given up on you”, do you remember the day your wrote it?

REAL FRIENDS: I actually do. I was sitting in the parking lot of a grocery store at midnight. I wrote the part that says, “you used to make me feel like I could walk on water.

Now most nights I’m just sinking down.” I posted it on Twitter and so many kids said they felt that way about someone.

It was really cool to see that even before it was in a song.

I do that with a lot of our lyrics.