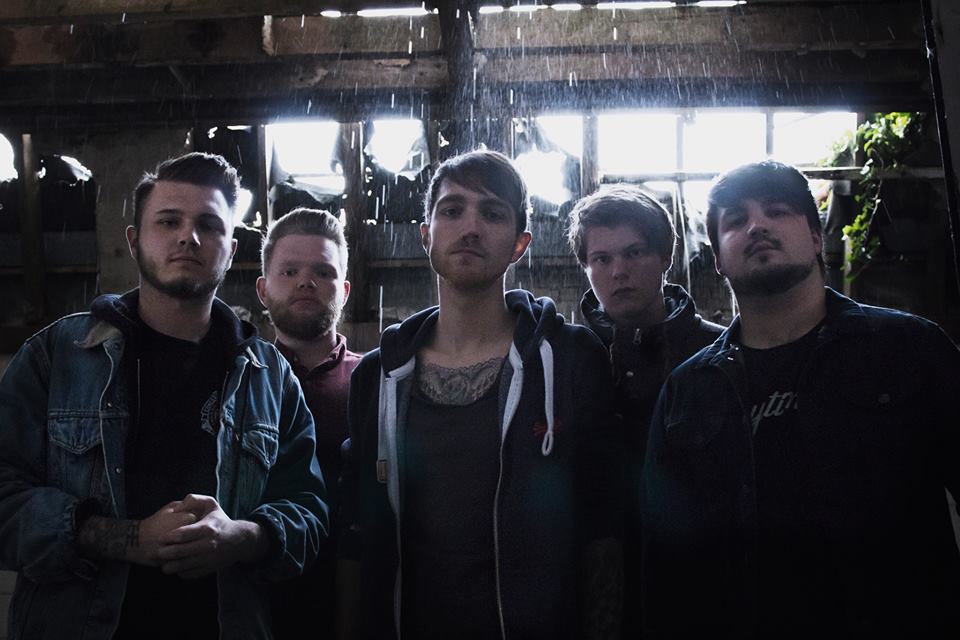 RYL: We love the last two songs you released! When you will publish your new album ?

Avagrace: The band are currently working on their debut album and we are aiming to release it mid 2015. Ray Manager AvaGrace

Avagrace: Two years was inspired by the concept of a message in a bottle. It’s about when you lose contact with someone for a long time and reach a point where you want that person back in your life but because of the time that’s passed you’ve lost all viable means of contact.

So in that sense the song is the message and the different means of distribution are the bottle.

RYL: Which is your favorite rock song of all time?

Avagrace: God there’s so many, but if I had to pick one it would be 3rd measurement in C by saosin.

Avagrace: I’m inspired quite a lot by certain themes and concepts I see in film and television. Any scene that makes you feel something or think about why it’s clever, is usually a good basis for creativity. I’m also highly inspired by cute dogs. True story.

RYL:  Do you remember how you wrote “Reading Picture”?

Avagrace: Amazingly, for someone that doesn’t remember much, I do! I remember being in the a tragically lit practice room, with tins half full of paint littering the floor and some old scaffolding material in the corner.

More than enough to give a health and safety inspector acardiac arrest. That song evolved very organically, in that we put it all together musically in one practice.

It’s nice when it happens really fluid like that. Although I remember messing around with the lyrics and melody for the chorus for what seemed an eternity before I had something that I liked.

RYL: how do you write the lyrics of your songs? Is there a specific method?

Avagrace: Although I don’t have a specific method I do have some rules. Any lyric has to sound like it fits the overall context of the song, what sounds good and then just for myself what feels good to sing. If a lyric ticks all those boxes it will usually make the song. I’m quite impulsive when it comes to lyrics tho.

Sometimes I’ll write one verse about something that happend that day, then I may write the next verse a week later about something completely different, but you write it in a way that still fits the overall feel and context of a song.

The trick is to be as vague as you can whilst still being as specific as you can.

That way the song can vaguely fit the listeners specific situation and everyone gets their own interpretation and can relate to it in different ways.

The beauty of music. What I’m writing about and what the song means to you personally could well be entirely different things

Avagrace: For me it is probably the second verse in “the diary of hugh manatee”.

For me that song is about how the human race isn’t always the nicest and how everyone wants this world to be a better place but what can anyone of us really do about it, not a lot, it’s about coming to terms with that reality and conforming to society.

I feel that the despair and angst comes off well in the lyrics and the way it’s put together.

RYL: What inspired “Upon Reflection”?

Avagrace: Personally and lyrically speaking upon reflection was inspired by those days when you find yourself gazing through a rain soaked bus window, dwelling on the past.

Particularly the verses as even the music gives off that “dreamy” vibe. It’s funny to find inspiration from a particularly depressing setting haha

Avagrace: Yes we do have some great stuff coming up regarding touring. I can’t say too much other than it will most likely be early next year to coincide with the release of our ep “Earth, wind and liars”

Avagrace: The greatest show we ever did was probably when we supported Malory Knox at the garage Islington.

The room was alive that night, rammed from back to front with beautiful sweaty faces. It’s almost effortless to gig in that kind of environment where you can feel the buzz in the air and everyone is loving life right then.

We didn’t want our set to end that night, those moments are the reason we do this.

RYL: We give you 1 dollar to spend in music, which song would you buy?

Avagrace: The answer to this would probably change daily but if I only had a dollar to spend on a song right now I’d get kacey musgraves “follow your arrow” the lyrics are great, and I love the carefree feel good vibe of the song.