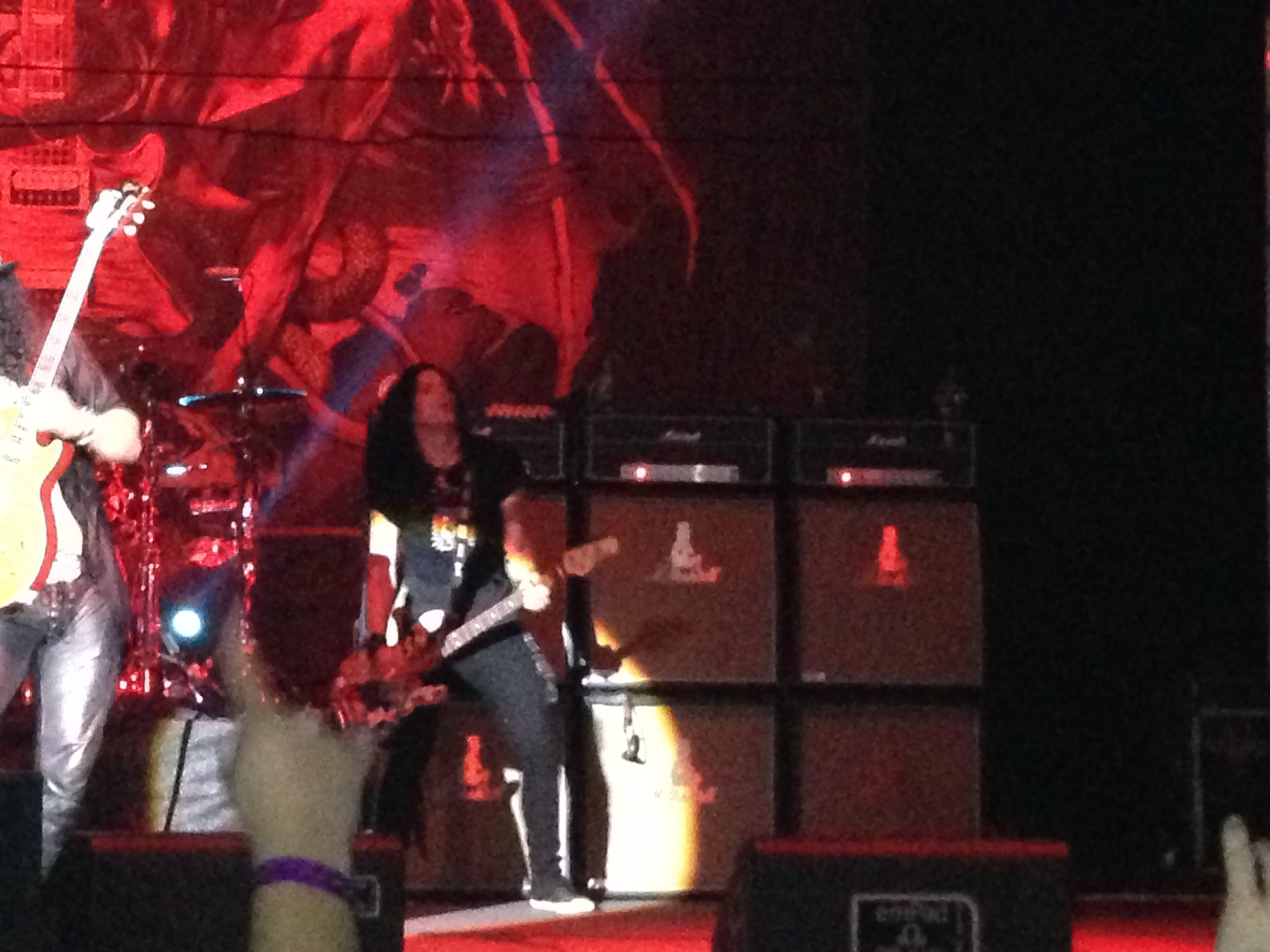 A night in Dubai – Slash, Myles Kennedy and the Conspirators

We saw him in Dubai, Milan, Rome and, obviously, Los Angeles…..we saw him with Velvet Revolver, with The Conspirators but unfortunately never with the Guns and Roses.

The show in Dubai was kind of a surprise, last time he came it was in 2008 when he played with Velvet Revolver after the release of the album “Libertad”.

31st january 2013, on his way to Turkey, he decided to stop over Dubai and ,together with Myles Kennedy and the Conspirators, delivered an amazing show.

What? Slash that does an Alice Cooper song? ………. well yes…..on the first encore Mr Alice Cooper jumped on stage together with Slash and the Conspirators! that was such a surprise….the crowd went literally CRAZY!

And the band seemed enjoying it…….do you know, they did 3 encores…….is the first time we see Slash doing that.

We also looked at his Facebook page right after the concert and he posted “Thank u Dubai! That was an awesome kick off show. Amazing crowd tonight. Will make this a regular stop. See u next year! iiii]; )’

Well, we can’t wait you to come back man!