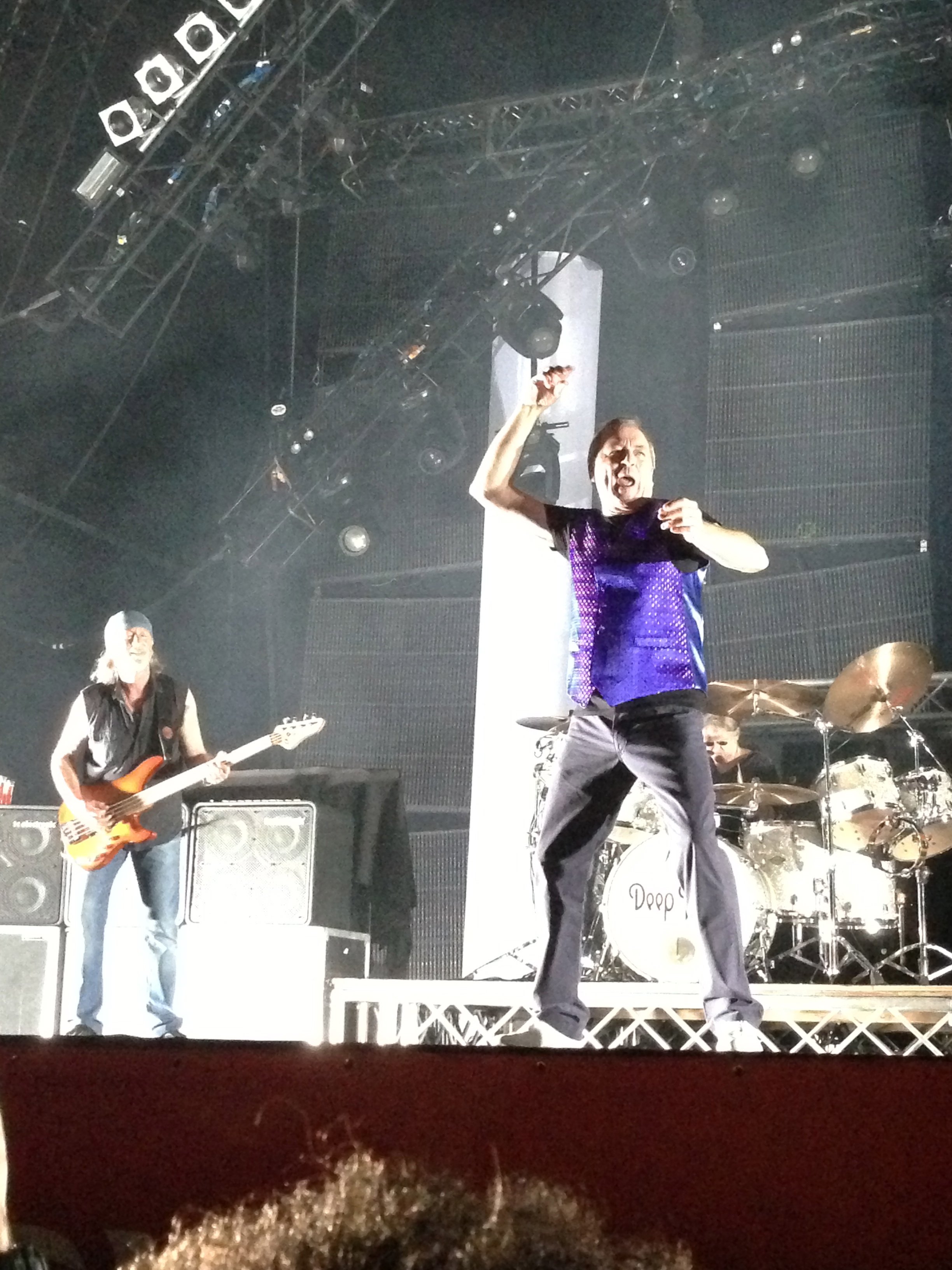 A night with Deep Purple – LIVE in Dubai

As you might have read already that night was kind of crazy, Stone Roses and Deep Purple one after the other in two different locations….. we thought we couldn’t made it but we did! that was fantastic!

And we were able to get in to the front row of both concerts!! (ok sorry german lady if we stepped in front of you, we did it for our fans!)

Deep Purple had an amazing energy, they went trough their most important successes, Hush, Smoke on The Water, Space Truckin, Strange Kind of A Woman, Black Night….

You will have in our YouTube channel a full video-reportage of it.

Ian Gillan voice was like he never got old…. despite his 67 years he was screaming and singing with no perceived difference between now and then.

As well the other members of the band, the guitarist Steve Morse (the youngest in the band) and the bassist  Roger Glover, were running all around the stage…..what a energy!

Don Airey (keyboards) and Ian Paice (drums) solo were technically amazing, the all crowd was literally on fire.

How can you not be like that when in front of you there are living legends.

The ticket (worth over 140 dollars) was a little expensive but we enjoyed every cents spent on it.

Before we leave you we just want to remember one person that  was missing on stage….Jon Lord ……..RIP.