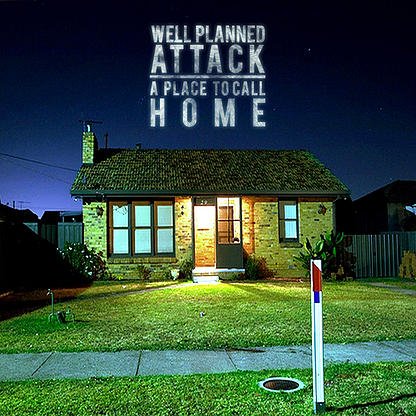 A PLACE TO CALL HOME – interview with WELL PLANNED ATTACK

RYL: Your album “ A Place to call home” was released the 31st march, how was the reactions of your fans? What it means for you lyrically speaking?

This time we decided to give out the album for free so it reached a broader audience and we couldn’t be happier about the result. Numbers apart, a lot of them got in touch with us to tell us they loved the album and this is the most important thing for us.

From the lyrics perspective, this album is definitely more genuine and heart-felt than our previous work, for the first time we had a lot of lyrics written before even starting to write the instrumental tracks so the writing process began with the need to express those contents.

Well Planned Attack: Losing 101 was probably the first song we wrote for this new EP. As bad as it may sound, it’s a song about realizing and accepting that things are falling apart, but at the same time it’s a first step to move on and forget about negativity. Losing 101 is sadness and rage, but it will eventually make you feel better.

Well Planned Attack: At the beginning of the writing process, the Ep was meant to be a concept album, and although this idea eventually faded out, there is still a connection between all the songs. A Place To Call Home won’t tell you a whole story, but the lyrics tell about a period of time that mixed both some of the happiest and saddest moments of one’s life, and in the end they lead to the common conclusion that the place you can call home it’s not an actual place, but the people you share it with.

Well Planned Attack: Usually Fabio (Guitar and Vocals) comes up with most of the music and lyrics, then we go into pre-production and everyone in the band has its say on the songs.

Lyrics are life experiences, and it’s one of the hardest things for us to write cause we want them to have a deep meaning to us.

We recorded this EP by ourselves so this time we extended the writing process till the last second and kept writing and editing the songs while we were recording them. It’s an exhausting but fun process.

RYL: Do you remember the day you wrote “She Said She Speaks Swahili”?

Well Planned Attack: Fabio started writing this song on Halloween night when he was in the USA. Long story short, on the bus on the way home after a Halloween party, he met a girl who swore she could speak Swahili and “drunk fell in love” with her.

The song is not about that girl or girls in general though, he hasn’t seen her again after that night and the infatuation didn’t last more than a couple of days lol, but it sounded like a nice title.

Well Planned Attack: As we stated earlier, the most important thing when writing music is that the songs we write must have a deep meaning for us.

That’s probably why it takes quite a lot of time for us to get them done.

Well Planned Attack: We don’t really know if it’s our best verse, but one of our favorite verses it’s from “Losing 101”:

Well Planned Attack: Having recently released our EP we still haven’t written anything new yet.

RYL: Tell us more about “Armend and the destroyers”….

Well Planned Attack: Armend And the Destroyers it’s probably the songs that most conveys the meaning of the whole album, in fact the title “A Place to Call Home” it’s a verse of its chorus.

It’s hard to explain a song cause music has a different meaning for every listener and everyone can relate to it in its own way.

The best way to understand a song is to listen to it, so I invite everyone who’s reading to download or stream our EP for free at: www.wellplannedattack.bandcamp.com and let us know what you think! Thanks to Rock Your Lyrics for the interview, see you all at shows!