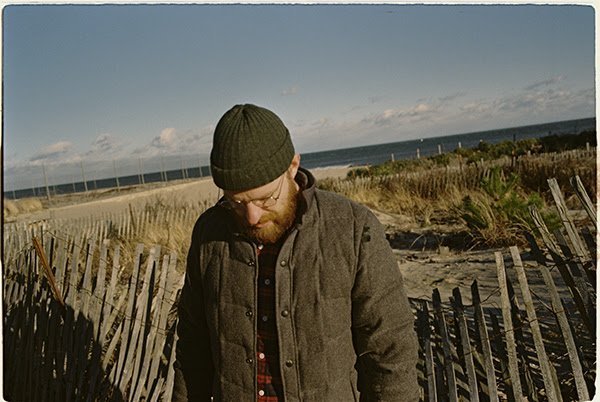 Aaron West and The Roaring Twenties is as much a band as it is a story. The band plays Americana, sometimes with 6 or 8 or 10 people – a horn section, banjo, lap steel, strings and more – and sometimes as one man with an acoustic guitar and his voice. The story follows a man named Aaron who, after a series of devastating losses, wanders the country looking for purpose, direction, and redemption.

Both are the creation of Dan Campbell – best known as the vocalist of Philadelphia band, The Wonder Years – and the story will continue to unfold with “Routine Maintenance“, the second full-length album from Aaron West and The Roaring Twenties, out May 10th on Hopeless Records. Pre-order the album HERE.

Today, Aaron West and The Roaring Twenties released the new single and video for “Runnin’ Toward The Light”.

Formed in 2013, Campbell has continuously added layer after layer to the Aaron West universe, ensuring that every show and milestone is factored into the bigger picture and creating a story so meticulously crafted that it’s easy to forget it’s a story at all. Aaron’s fiction often feels a lot more like authentic human experience, especially on songs like “Just Sign The Papers”, “Wildflower Honey”, “God & The Billboards”, and more.

Major life changes for the multi-faceted young artist may have something to do with the relatability of “Routine Maintenance”. Just last year, The Wonder Years celebrated their biggest record yet with the transformative “Sister Cities“, garnering billboards high atop the Philly skyline and unprecedented high critical praise from press. There was also the personal news that Campbell and his longtime partner had been hoping for that likely played a bigger role in just how real this record really turned out; by the time you read this press release, it’s likely that Dan will have just become a first time father.

The music of Aaron West and The Roaring Twenties is firmly rooted in rock and roll, with fragmented pieces of punk and country and troubadour-style singer-songwriter music throughout. Campbell draws as much influence from Bruce Springsteen and Joni Mitchell as he does Rilo Kiley and The Weakerthans. Some nights, it’s somber and intimate. Other nights, it’s loud, bombastic and joyous. One thing is for sure – what Campbell has created with Aaron West and The Roaring Twenties on “Routine Maintenance” is among some of his strongest work yet.