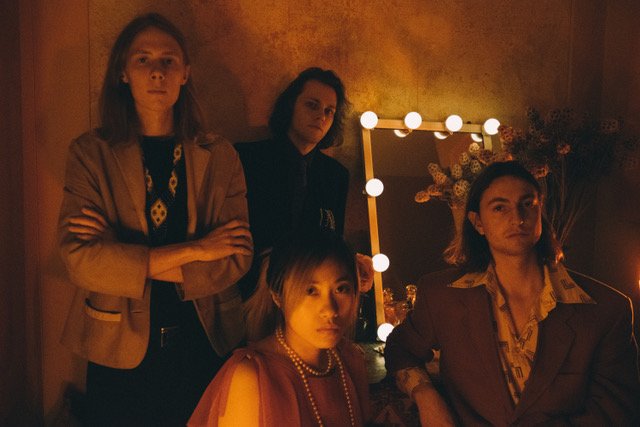 About To Start – Interview with Cavey

rockyourlyricsNovember 24, 201817 views
Rock Interviews17 views 04 min read
How do you usually write the lyrics of your songs?
I normally come up with a phrase that has a certain significance to it, or something that’s catchy, and work around that.
In your opinion, what is the most important thing in songwriting?
Context. People need to be able to relate to your song, so its important that you have a clear and significant background for your subject.
Are you ever scared of revealing aspects of your personal life/experience to strangers through your music?
No. Not with strangers. It could be uncomfortable if someone I knew got to know something personal about me through our music, but people tend to avoid uncomfortable situations if they’re nice enough.
What is the best lyric that you ever wrote (the most meaningful for you)?
It’s not really for me to judge. Once I’ve written something its not really mine anymore, I’ll do my best to interpret it again when performing but the emotion happens then and there and my job is to capture and express it as best I can.
What inspired “About to Start”, your latest single?
I haven’t asked, but I’m sure most musicians experience a sort of double reality, one in which they are fulfilled by the joy of playing and connection with bandmates and the audience, and another in which nothing they do is ever enough to satisfy the abstract idea of success portrayed in films and the media. One is always in danger of succumbing to the latter, which can include overworking yourself, neglecting others, and feeling incomplete. About To Start is about the conflict of Love and the belief that the only way to make it is to sacrifice everything.
And “Day & Night” ?

The cyclical nature of the song reflects the subject matter. ‘Day and Night / Always looking at each other / Always switching sides’. It’s about being helpless that everything’s moving forward and how that can be upsetting, but recognizing that you can’t stop it, so go with the flow. Live in your own mind and don’t always question or overthink the things happening around you. Regardless of where you are, that’s really important.

Do you remember the day you wrote “Living Room Parade”?
I wrote it in my old room in Seven Sisters. It had no windows and a bed made out of pieces of scaffolding.
What are your plans for the next months?
We’re gonna focus on writing some new songs and hopefully get them recorded next year.
To conclude the interview a short Q/A session, please answer the first thing that comes to your mind: