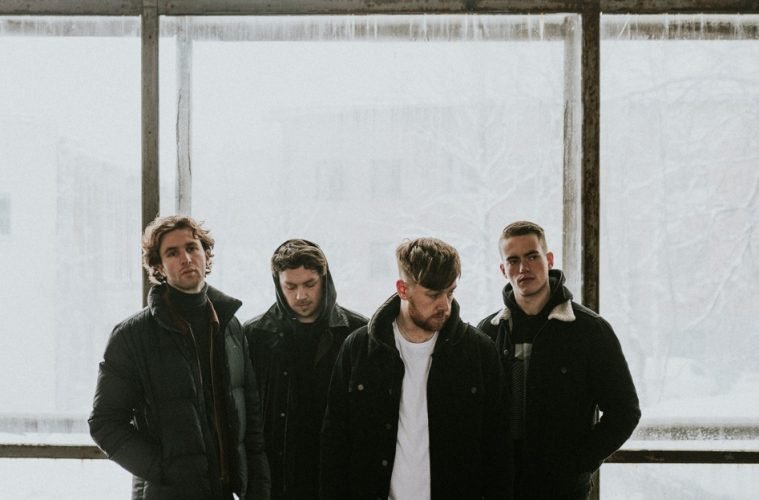 Cinematic, post-hardcore outfit Acres have announced their eagerly anticipated debut album “Lonely World“, which will be released via A Wolf At Your Door Records this August.

To coincide, the band has shared the gripping video for the title-track, which was filmed in the depths of Latvia. The isolated, snow-drenched scenes perfectly connect with the chilling narrative of the video that visually resonates the deeply personal idea behind the song.

Singer Ben Lumber explains: “I had a friend who lost everything – he lost his house, lost all his family, and he threw everything he had away for this girl and ended up living in a car. I put him up in my house for a couple of months after he’d called it off with the girl, and we were just having beers and talking, and he actually said to me: ‘oh man, it’s a lonely world’, and that was straight away where I got the inspiration”.

Hailing from the South Coast of the UK, Acres have crafted a sound that reflects the band’s ethos to be honest and true to who they are. They have expertly balanced the metal with the melodic to create an emotionally-charged, heavy intensity that’s compelling and addictive.

In 2015 the band first began their journey with the recruitment of vocalist and word-smith Ben Lumber. His ability to tell real and relatable stories through his lyrics as well as a powerful voice was an ideal addition to the band, who has been pushing hard to make sure their message is one that everyone can find hope, and anchor to.

Penned in just six months, the upcoming 10-track album “Lonely World” pays homage to the lives they see and experience around them, visiting further subjects throughout the record such as anxiety and depression as with the track “Medicine“, which is something that Ben himself has witnessed affect people close to him. “I come from a family that suffers from depression” he explains. “I’ve not had [it] before, but for me, that song was trying to understand it, after having a conversation with somebody who said ‘unless you have it, you don’t get it’”.

The sound-designer mind of guitarist Theo Sandberg, along with Alex Freeman and the rapturous drums courtesy of Konnor Bracher-Walsh result in a powerhouse sound that flawlessly compliments Ben’s focal words and enriching tones, seeing Acres ready to be the soundtrack to those arduous days and nights.

Over the past couple of years, Acres have developed and perfected their sonic identity while building an impressive fanbase thanks to their hard work and determination. In 2017 they released the “In Sickness & Health” EP, setting off on various tours across the UK and Europe.

They now stand strong as a band destined to explode and will be back on the road supporting Casey throughout April and May across Europe. Check out all European dates below.