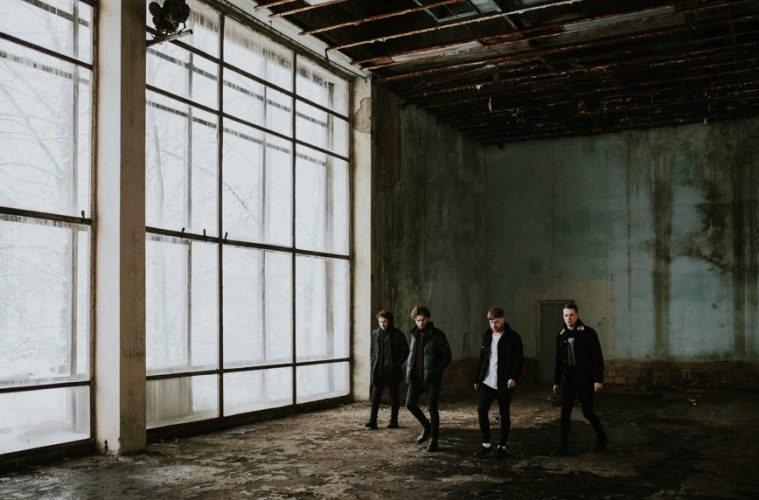 Post-hardcore rockers Acres have shared the new track “Talking In Your Sleep“, taken from eagerly awaited debut album “Lonely World“, which is set for release August 9th via A Wolf At Your Door Records. You can pre-order the album HERE.

The band is back on the road this week supporting Casey throughout April and May across Europe. Check out the dates below!

Vocalist Ben Lumber explains: “The song is about being lied to by someone who you think really cares about you. When you think everything is perfect, in reality it’s really not. ‘Talking In Your Sleep’ is a metaphor for the words and lies subtly unravelling self-consciously”.

The accompanying video was filmed in Latvia: “We wanted something that suited the emotion behind the song”, Ben continues, “raw, passionate and empty”.

“Talking In Your Sleep” follows the release of the album’s title-track last month, which secured airplay from Radio 1 and Kerrang Radio, as well as clocking up 58K+ streams on Spotify and over 77K views for their gripping video.

“Lonely World” was a momentous uncovering of the band’s hard work over the past two years where they have been honing their craft, perfecting their sound and enduring the grind of the music scene, since the release of their acclaimed 2017 EP “In Sickness & Health“. The EP set them off on tours across the UK and Europe.

Acres have now formed a sound that balances the metal with the melodic, with a heavy dose of emotionally-charged intensity that’s compelling and addictive.

Penned in just six months, the upcoming album pays homage to the lives they see and experience around them. The striking artwork is a perfect reflection of the record as it explores further into real life struggles, emotions and subjects throughout, including anxiety and depression, providing a hard-hitting soundtrack to those arduous days and nights.