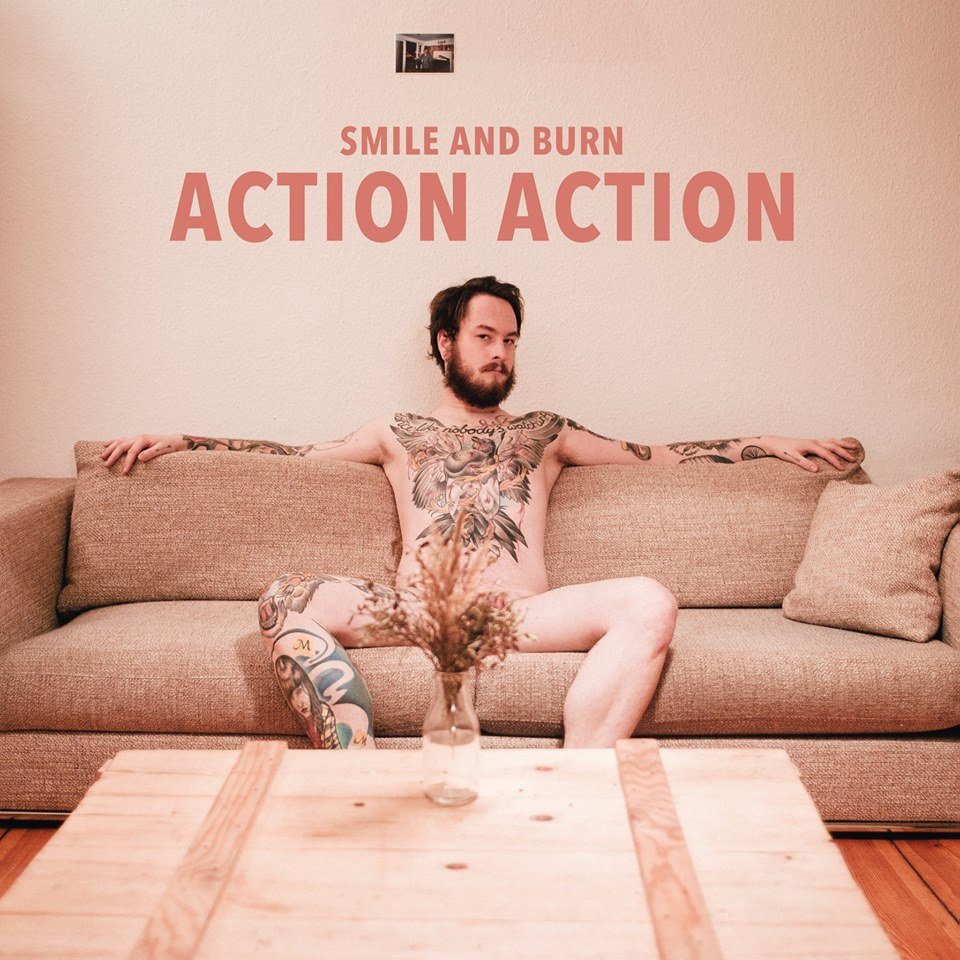 RYL: Your new album is titled “Action Action”, what it means to you lyrically speaking?

Smile and Burn: We put so much thought and content in literally every single word we used on our first albums including the titles.

But ingenious lyrics are not so much about how sophisticated they are.

So we wanted to counter all the content overload with simplicity, loudness and over-self esteem.

RYL: Tell us everything about the song “Night Caps”?

Smile and Burn: Tried to make a love song about broken heart and time-wasting.

Tried to make it as unconventional as possible (lyrically speaking). Failed somehow, but still created a good party track.

Smile and Burn: Cynicism of the daily grind.

Smile and Burn: I will admit this only once in a lifetime and only because the German public probably won’t notice. I was always to frightened to learn the guitar until – one day in the gnarly winter of late 2003 – my ex-girlfriend told me the name of the strings, where I can find the notes and how to read tabs.

If I had known that it only takes three sentences and five years of practice to start a band like Smile And Burn, I would have started much earlier.

Smile and Burn: Well, finally the time has come, when we have to admit, that all our demo recordings and outlines for songs do consist of only fantasy English. We settle all the instrumental parts and then try to find a melody while using non-existing words.

After that Phil and me would listen as often as possible to those outlines, pick up the words that actually make sense and seem to be most likable, run through all our notebooks and check if we find anything, any idea or line we wrote down sometime that might fit into the given melody.

It is one big puzzle piece with a lot of detours.

RYL: Do you remember the day you wrote “Some to Fall”?

Smile and Burn: I do, actually. We only knew that we wanted to sing the „gimme love“ part. On the other hand we knew it was never going to be a love song because the sound of the track felt more like someone wanted to start a bar fight.

As a result we wrote about the inner struggle of excessive drinkers and self-destructive party animals that never rest, that hardly ever sleep, that suck up every last bit of energy as if they where on the run.

Smile and Burn: Obviously I cannot give a one-dimensional answer to this one. The fame, the money, the jacuzzis and the girls … champagne. So many reasons.

Smile and Burn: This is an easy one and I guess the crown goes to our singer Phil for writing the verse of „Apologies And Alibis“.

We’ve always wanted to try something rap-ish but never understood how the flow worked, how to rhyme the right words without sounding silly and how to remain a punk band at the same time.

I think that verse pretty much nailed it and met our needs.

Smile and Burn: We rehearsed last week and wrote a song which is actually very promising.

The working title is „M-sixteen“ because the guitar sounds exactly like in one of the songs of the french punk rock band M-sixteen. Due to that problem I fear we might never release it. Pity.
RYL: your tour project this summer?

Smile and Burn: (The Loney Island-voice) Buy some stinky used girls panties. Out of one of those pervert vending machines … in Japan.

Smile and Burn: After so many years of being the class clown one of my best friends told me one day, that I had become way more serious and introspective.

Although it sounded more like a reproach it was only in this moment when I realized he was right. Well, I couldn’t say what had changed and I couldn’t say that I was entirely dissatisfied with that development but was puzzled that it all happened without me noticing it.