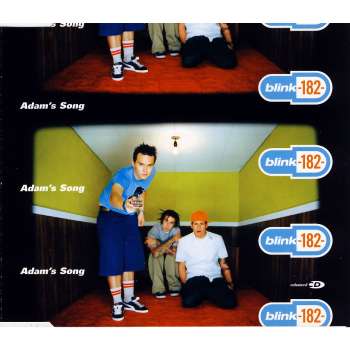 Mark Hoppus, the bassist and vocalist, of Blink 182 wrote Adam’s Song taking inspiration from a teenager that killed himself leaving a note to his parents.

It is a very introspective song that is also related to the sense of loneliness of Mark after the end of the Warped Tour in 1997 ……..they had all to go back home after several months of tour.

Mark had nobody waiting for him apparently, so he felt he was kind of left alone.

The song has been released in 2000 as last single of the best-selling album “Enema of the State”, it is one of the rarest song of Blink 182 with “dark” lyrics.

In 2009 the band decided not to play the song anymore….do you know why?

You certainly remember that Travis Barker had a terrible incident when his airplane crashed and few people died except him and Adam Micheal Goldstein a dear friend of his and the band.