Dryden Mitchell, singer of Alien Ant Farm (http://www.alienantfarm.com/) is answering to our question just few days after the release of their new single “Homage”

RYL: You just released a new single….can you tell us more about that?

ALIEN ANT FARM – Dryden: The New single is called Homage and it’s just that. An homage to some of the great bands and solo artists we’ve listened to through the years.

RYL: is there a specific “theme” around the lyrics of the new single?

Dryden:I Suppose if there is a theme to the lyrics it would have been to pack the song with said bands and pun it out in what we thought to be a cool approach

RYL: 2015 will be the 20th anniversary for the band, have you in mind a particular celebration?

Dryden: I’ve never thought of a 20th anniversary celebration, no. But our first show was on my birthday, so I hope we’re playing a show on June 15, 2015

RYL: Looking back, which was the greatest moment of your career? And the most difficult one?

Dryden: The greatest moment of my career was maybe talking with my hero Edie Brickell. Breaking my neck was a downer. Hahahaha

RYL: Tell us everything about how you come up with lyrics for a song?

Dryden: I treat every writing experience differently, so I can’t really tell you everything about it. It’s like drawing. I can’t explain it. The thoughts just come to me and over me like a collage

RYL: One of the fan’s favorite song is “Glow” from the album truAnt , do you remember the day you wrote it?

Dryden: I do remember the day I wrote glow. Music and lyrics. At my home and I loved every minute of it. When I was done, I sang it to Her <3

RYL: You are currently on tour….how is it going? 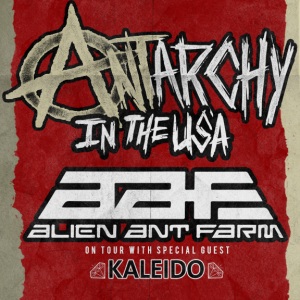 Dryden: Our tour is going great. Meeting people that grew up with this music has given me a sense of purpose. It’s a beautiful exchange. Thanks a Bunch!