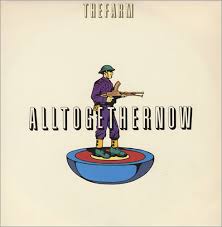 All together Now – The Farm

A song about peace inspired by a beautiful story that happened between enemy’s line in december 1914 during World War 1.

“All Together Now” has been written by Peter Hooton (singer) and Steve Grimes (guitar) in 1990 as part of the album “Spartacus”.

In december 2014, around Christmas time, german and british soldiers decided not to fight against each other, they didn’t shoot at each other enemy’s line.

The decision didn’t come from their superiors, they just stop killing each other at least for a day; a day that become really special, the armies started to meet in the middle no-man’s land and they started to talk, play football with each other, exchanging food and gifts.

A real miracle that showed the world that there is no need of wars, there is the need of peace.

The Farm, decided finally to pay tribute to what happened in 1914 with a beautiful song: