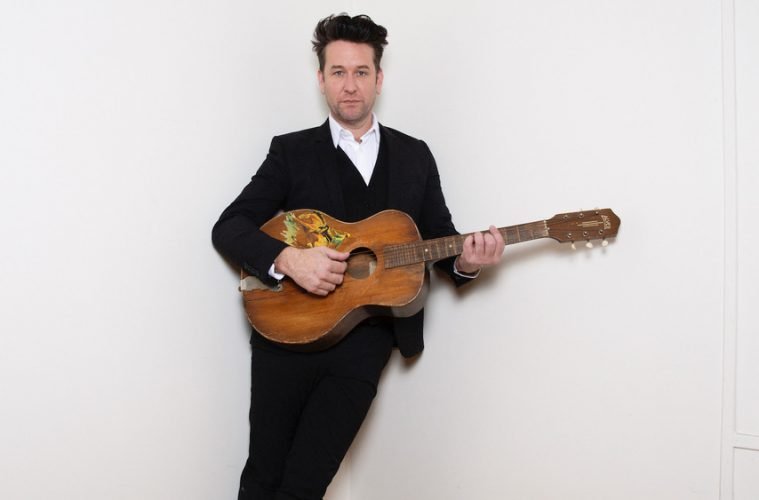 ALL YOUR DEVOTION – Interview with KAV TEMPERLEY

Some songs just pop in to my head with a melody and chords, and sometimes I have to go over every lyric and chord until I have what hopefully sounds like relatively simple song, but I’m a big believer in writing from the subconscious.

Most days of the week I sit down and do a little thing I like to call Automatic writing. I set the timer on my phone for 10 minutes and I write without stopping, If I get to the end of the page and there is still time left on the clock I go back and read what I’ve written and make little edits as I go, by the end of the week I’ve usually got about four or five pages of lyrics so can sit down in my jam room and workshop them into a song.

In your opinion, what is the most important thing in Song writing?

The most important thing is try and make song writing a daily discipline, if you hang around waiting for lightning to strike you might find yourself in a drought, you need to go to the source.

It’s mostly terrifying but extremely gratifying at the same time. People often approach me after shows and talk to me about one of my songs that means a lot to them, most of the time their ideas of what I’m writing about is completely different to what I actually wrote the song about. I used to spend a lot of time correcting them and I would watch them walk away disappointed, but now I just say “yeah, that’s exactly what I wrote the songs about”.

If we do a job properly as songwriters then after that song is released its no longer about us. Hopefully we’ve created a mirror for people to get their own stories from.

Oh shit… I don’t know, that’s a tricky one. I think it’s the nature of being a creative is that your always in love with whatever your writing right then and there, and then disowning everything that came before it. It’s a terrible habit but it feels kind of necessary.

What inspired “Pollyanna”, part of your upcoming album “All Your Devotion”?

Pollyanna was written about feeling like a stranger, as man in this world I find I can’t help but define myself by what I do for a living and who my partner is. At the end of 2013 my marriage broke down and I decided to take a break from the band. I had to redefine who was, it was painful but also a period of amazing growth.

Surrender is something we all have to do. To let go of old stories and surrender to each other, if we ever want to evolve together as lovers or friends or family.

Do you remember the day you wrote “Sober”?

Sober was one of the first songs I wrote for this record. I had been on an acoustic tour in 2014 and after a show in Margret River I went for a walk to the Wilyabrup cliff’s. I knew that when I returned home from the tour there were things in my life I would have to face and so I sent a question out to the ocean – “What do I need to get through this?” and in that moment, I started singing the first verse of that song. I recorded it on to the memo app on my phone and then took that little nugget home and turned it into the song Sober

Q: What was the best moment of your career? And the most difficult one?

There was a moment when the song ‘Black fingernails Red Wine’ seemed to be playing out of every shop, taxi and car we passed. It was amazing and it propelled us in to a whole new stratosphere with the band, but I saw myself and in my band mates starting to become effected by the whole experience. When you get pushed through a fame shaped hole you often come out the other end a little sideways.

I’m releasing my album ‘All Your Devotion’ and I’m going to hit the road and play some acoustic shows in support of that.