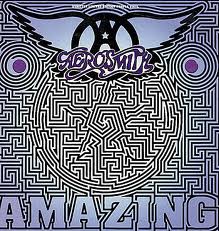 Some music expert consider “Amazing” as the best song ever written by Steven Tyler (with the collaboration of Richie Supa, rhythm guitarist that often collaborates with Aerosmith).

The lyrics are talking about the period of Steven’s life after the band broke up; he suffered quite a lot and drugs and depression hit him very hard bringing him down.

Luckily he was able to see the light at the end of the tunnel and he didn’t allow his demons to kill him.

This light, at the end of the tunnel might be, according to some interpretations” its fans.

or maybe, the solution of our trouble and pain is inside yourself already, you just need to find it to be able to save yourself.