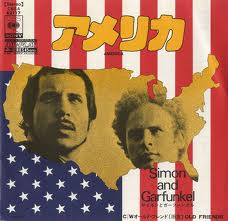 In the imaginary of many, America always means freedom, hope and opportunity.

This is exactly what Paul is trying to describe in the song’s lyrics where he and Kathy (his real girlfriend) are leaving Pittsburgh looking for America in their journey to New York.

While they try to reach over there they discover that America is just another dream…..everybody is trying catch it, few are able to grab it.

Paul will end up counting the cars passing by to New Jersey, in they race to try to catch America.

The song was featured in the soundtrack of Almost Famous and was subject of covers by many, among them the Yes and David Bowie.