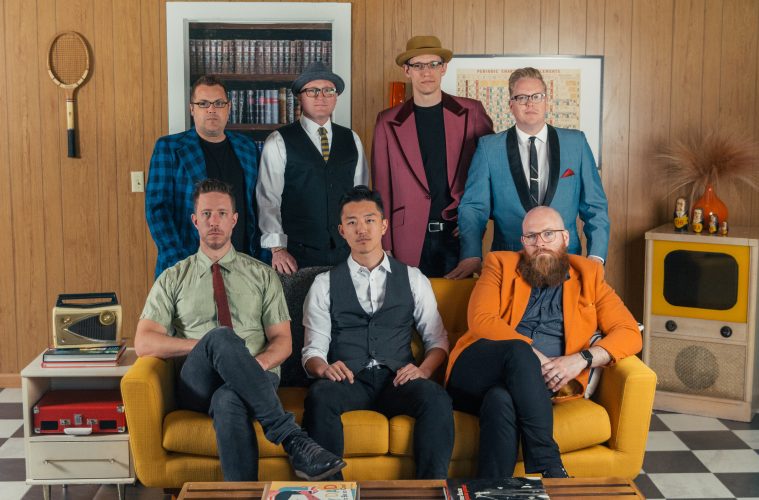 Since the Seattle, WA-based band’s formation one short year ago, The West Coast Feed has filled clubs and theaters sharing the stage with the likes of Lord Huron, The Revivalists, Chris Robinson Brotherhood and Moon Taxi and their first single, “You Belong To Me” is being played on 65+ stations in the UK. With their highly anticipated self-titled full-length debut, founding member/guitarist and accomplished recording engineer Matt Woll polishes the sweat, grit and energy of the band into a sonic studio shimmer.

Jesse Butterworth’s résumé includes fronting an award winning, label-signed band with a #1 radio hit, on their way to the proverbial big time. But in the middle of a sold out show in Los Angeles, Jesse’s flying leap off the drum riser resulted in a compound leg fracture, and the sudden end of a dream.

He compares the experience to dropping off a cliff and a total loss of momentum. But after relocating to Seattle he met a kindred musical spirit in Matt Woll and the two friends formed The West Coast Feed.  “We called up the best players that we knew,” and over a two-month period there would be a new member each week, expanding exponentially from two members to their current eight-man lineup.

Philanthropic support is a central theme to the band’s mission as they have partnered with two non-profit organizations for benefit shows: charity:water, and All God’s Children International. The latter group, an organization that cares for orphans and facilitates international adoptions, is especially close to Jesse’s heart, as it provided a path for him and his wife to adopt their Ethiopian-born daughter Harper. Their adoption journey is captured in the band’s lively debut single “You Belong to Me.”

As the music began to take shape the band felt more and more freedom to play what they love, instead of copying the sound of the latest trend. Says Matt Woll, “I’ve been in signed bands, but instead of trying to prove something to some invisible somebody we’re having a blast making music we love. And the best part is that people seem to really love it, which is a bonus.”

Jesse says that he wrote one of the standout songs on the band’s release, the redemptive “Not Giving In,” at the lowest point in his life. Now that darkness has lifted: With The West Coast Feed, Jesse has rediscovered the power of creating music that moves audiences for all of the right reasons. “Giving back is the ethos of the band and is at the heart of what we do,” he avows. “ It’s not about ‘Let’s get famous or get signed to a label.’ It’s us doing what we love, and making a difference in the process.”