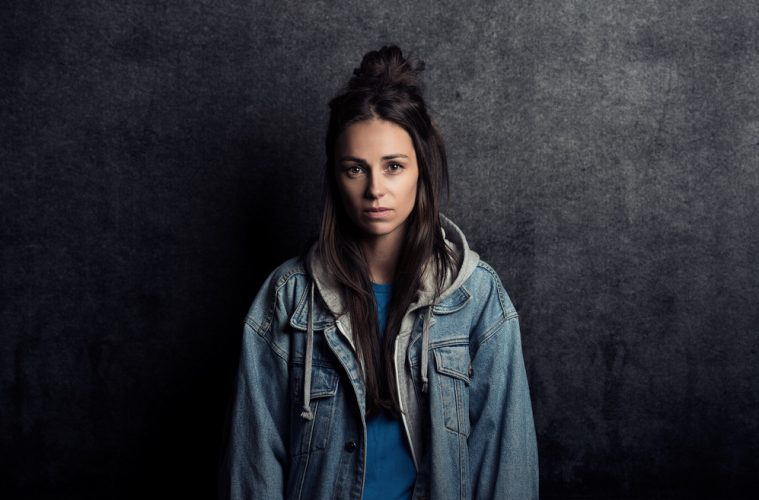 One of Australia’s most impressive and beloved pop exports, Amy Shark is coming home for an intimate Australian regional tour in October and November. Fresh off her national tour earlier this year, which sold over 30,000 tickets and saw Amy performing at some of the country’s largest venues, she will now be bringing her critically acclaimed debut album Love Monster and faves from her EP Night Thinker to regional fans all across the country.  The tour will kick off at NEX in Newcastle on October 3, and will then move through Canberra, Coffs Harbour, Lake Kawana, Darwin, Wodonga, and Geelong, and wrapping up in Hobart at the renowned Odeon Theatre on November 8. Tickets are on sale now: https://www.amyshark.com

An overnight success years in the making, Amy Shark has come a long way since her breakthrough single Adore.  As she shared on her Instagram account recently – in just two years she has gone from moving 82 tickets in her hometown of Brisbane, to selling out arena-sized venues all across the country.  Love Monster, her debut album, shot straight to number one on the ARIA charts upon release, and in 2018 she won an impressive four ARIA awards for her efforts. Both Adore and the powerhouse lead single from Love Monster, I Said Hi, have hit Platinum status four times over, with killer singles Weekends, All Loved Up and Mess Her Up all hitting that coveted Platinum milestone.

Over the last few years, Amy Shark has brought her infectious, emotive brand of pop to the world, and the world is lapping it up.  On top of sold-out shows across the globe (with several occurring even before her debut album), Amy has performed on The Late Late Show with James Corden and The Tonight Show with Jimmy Fallon to audiences of millions, and made music with pop royalty Jack Antonoff (Taylor Swift, Carly Rae Jepsen, Lorde), Joel Little (Khalid, Lorde), Blink-182 and more.  She was also featured on the Love, Simon soundtrack at the request of Jack Antonoff himself, who also secured her as an opening act for his band Bleachers in the US.

In a full circle moment, her single I Said Hi is a statement for those who told Amy she’d never make it and the song gained high rotation across both commercial and alternative stations.  Anyone who didn’t believe she could do it surely doesn’t have much to say now – and I Said Hi has now become an anthem for the next generation, ready to have their songs heard by the masses.

The upcoming Australian regional tour might well be the last chance for fans to see Amy live in such intimate-capacity venues, and tickets will move fast. Thrilled to be heading back on the road in her home country, and endlessly grateful for the massive love from her regional fans, Amy enthuses, “So many parts of regional Australia have backed me since my first Night Thinker EP.  I’m really looking forward to travelling around this beautiful country and repaying everyone who’s supported me from the start.” 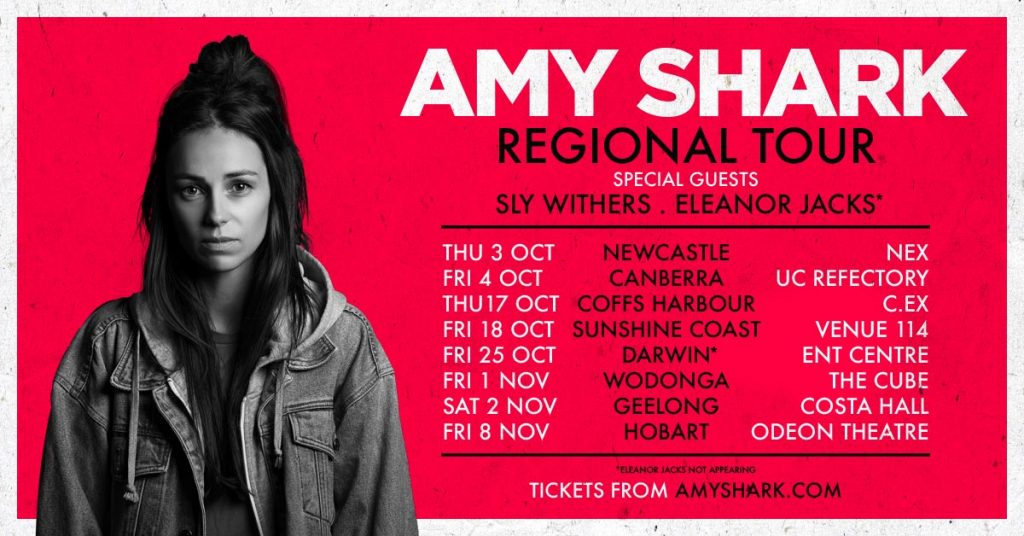