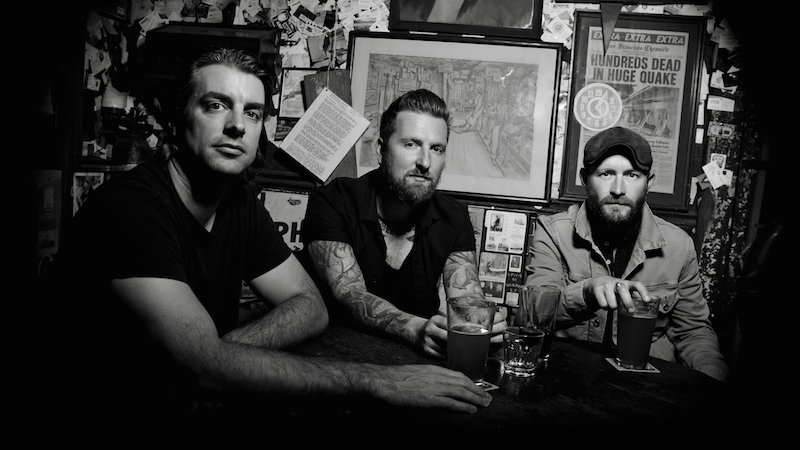 “..And We Explode” – interview with Ben Flanagan – BLACK MAP

RYL: Tell us about the upcoming tour supporting the new album “…And we explode”,what is new? What you have prepared for your fans?

BEN FLANAGAN (http://www.blackmapmusic.com): We will be hitting the road with Chevelle in the UK and Europe for several weeks starting in late October.

Chevelle took us out in July in the states and we had a fantastic time. They are a great band and they couldn’t be better guys.

We really feel like we gelled with them musically and their fans were incredibly gracious to us so this run overseas should be a really good thing for the band.

This band is still very new so the full extent of our material is the material on the record. The good news is that no matter what the set is in Europe we will be playing songs that the fans over there have not heard live yet.

We may be working on a cover song for the upcoming tour as well.

RYL: Which is your favorite song of the album? And the one that gives you the most energy while you are on stage?

BF: My favorite song to play live is called “Chinaski”. The song purposefully never lets up in terms of energy and has a really fun kind of pseudo hardcore breakdown in the middle which is just really cathartic to be a part of.

BF:The music always come first and then the lyrics are always a reaction to the aesthetic of the music.  We generally get in a room with a riff that myself or Mark wrote, jam it out and then I step back a few days later and start writing lyrics.

The music in this band is a lot darker than in our previous projects so it’s good fodder for some material that touches on things I wouldn’t have written about in previous and less heavy bands.

RYL: Do you remember the day you wrote “GOLD”? What does this song mean for you?

BF: Gold is about a religious figure (not one in particular) who spends his time attempting to convince followers that their life choices, the way that they are naturally, does not align with the ideas of said religion.

The religious figure eventually realizes the emptiness of his claims but by that time it’s too late and one of his followers who he particularly affected, has taken his own life.

RYL: Tell us everything about “STRANGER”….

BF: Stranger is mostly a song about alienation. Felling lost in your surroundings. The song kind of looks at how different people handle that alienation: “Slow sedation, poured in our veins.

BF: That’s hard to answer. I don’t really think of my lyrics in terms of “best” but the verse in our song “Eyes on the Prize” is really satisfying to me.:

“Eyes on the prize, to feel the biggest life.

Eros over err, to walk in the parade

But I can’t help feel sometimes, so uneasy

I was just trying to express a feeling that I think many people have, which is that while we strive for beauty, fraternity, cohesiveness, love, friendship etc. we of end up being bogged down in anxiety more than we would like be, more than we expected.

RYL: Which was the most difficult song you wrote from this album?

BF: “Eyes on the Prize” was the most close to my heart emotionally. Some of the subject matter in that song was hard for me to admit: mostly that I want certain things in my life but too often can’t make those things manifest.

RYL: Head for the Hills is our favorite song, how have you written it?

BF: Thanks! That song is just about a reaction to chaos. I just kind of pictured a dystopian landscape and grabbing a friend by the hand and running far from it.

RYL: Who gave you the best advise, lyrically speaking?

BF: In high school I was a couple of bands nobody has ever heard of but my bandmate Raul Clement was leaps and bounds ahead of me interns of lyric writing.

My writing was always solely emotionally charged without much attention to prose or flow and too much emphasise on metaphor, which I think I would hide behind a lot.

Anyway, I learned a lot from him about how to find synthesis between emotive writing and just plain “good” writing.

At least that is what I attempt to embody.

He has his first published novel called “The Doors You Mark Are Your Own” coming out in March of 2015.