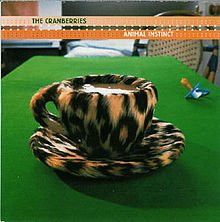 Punk Rock and Indie from Ireland, and a cream that is basically on every kind of food: the Cranberries.

This is the origin of the name of the band that was formed in 1989 and leaded by Dolores O’Riordan , the guitarist Noel Hogan the bassist Mike Hogan and drummer Fergal Lawler.

The Cranberries had a huge success and sold over 20.000.000 copies worldwide, their best album is , in our opinion, “No need to argue” published in 1994 that contains singles as Zombie or “I can’t be with you”.

“Animal Instict” is a song extracted by their album “Bury the Hatchet” of 1999 released after the period of pause by Dolores that was not used to live a life as a rockstar.

She needed home and she went back in order to “restore” the energies.

Animal Instinct talks about motherhood and how is difficult to handle a family that is divided.