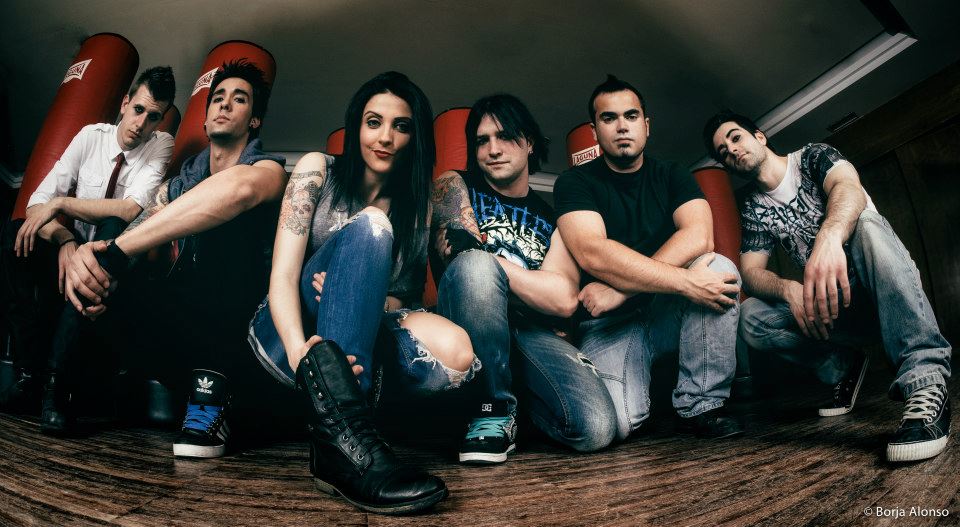 Directly from Spain and in the middle of the preparation of their new album, Ankor (www.ankor.es), found the time to answer to our questions.

RYL: This year you are celebrating ten years of music together, how do you feel looking back?

A: Very happy to be where we are. We still have to work so hard, but this 10 years together have been really awesome!

RYL: A new album is planned to be release later this year, its name: “Last song for Venus”… can you tell us more about it?

A: It gonna be Ankor’s best album so far. More energy, more melodic songs, more styles of voices… We hope you really like it

RYL: “I’ll fight for you” is the first single extracted from the album, can you tell us about the meaning behind the lyrics?

A: It is about two friends that have grown together, and after all this years, they just take different ways in life. One of them, a wrong and dangerous way, so the other friend will fight for his friend, to redeem the lost time and enjoy again together.

RYL: How much your music evolved in these years?

A: A lot. We’ve learned a lot playing live above of all, recording the two albums we did, and studying by ourselves to improve every day. Now our songs are more evolved, with different styles of rock and metal music, just what we love.

RYL: In Europe, and especially in Spain, there is a huge crisis, how the rock scene over there is answering to it?

A: We live in a very difficult time, in Spain many locals have closed, and the people don’t have enough money to enjoy all the shows they would like, but we hope little by little this period will go away soon…

RYL: Bon Jovi decided to do , for this reason, a free concert during his tour in Spain; how do you like his choice?

A: Is one of the most honourable acts we’ve seen in years, all our admiration and respect for this big artist.

RYL: “My Own Angel” had a huge success, in Europe, but also in Japan…. How much you were surprised about it?

A: We’re so happy cause we really love Japan. Their people, food, music, art… Japan is one of the countries we’re gonna visit for sure in the future!

RYL: In “Remaining” you are singing “Your ignorance gives us the strength to go on ahead”, can you tell us more about it and, in general, about the lyrics of the song?

A: Remaining lyrics tell our story. Some years ago, many people did not take us seriously, because our youth or just they don’t like us. Sometimes even some people insult us cause they consider that Rosa is not a rock vocalist, so we have to say, this is what we are and this is our music, if you like it, take it, it’s free.

RYL: What about the next tour? Are you planning to do only Europe?

A: We’re planning all we can and more! We hope to visit so many countries, maybe we’ll meet in the next months!

Picture of Borja Alonso (as credited on the picture itself)