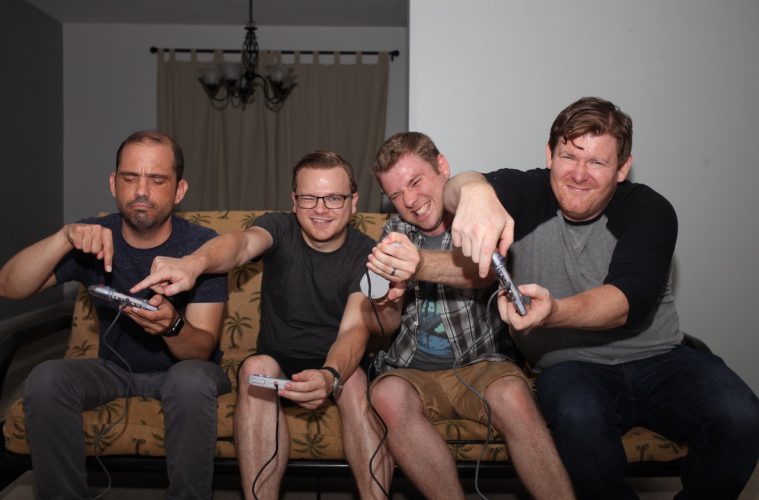 Another Wasted Night – Interview with Harry J. Rose – Only On Weekends

I do a lot of writing in my car.  I have a 45 minute commute to and from work every day, so I like to use that time to try to come up with song lyrics and melodies.

I think that it’s important not to force anything.  When you have a really good idea for a song, the whole song just kind of writes itself around that idea.  If you’re trying too hard, it probably wasn’t meant to be.

We’re way more afraid of people that we know learning things about us through our songs.  A lot of our songs are about people in our lives.  Some of these songs are really nice, but others are not so nice.  It’s only a matter of time before someone finds out a song is about them, and we have a lot of explaining to do.

There’s a song called “Rose Marie” on Another Wasted Night.  My grandmother died a couple of years ago, and I wrote this song about losing her.  It’s less than a minute long, and the lyrics are just one sentence.  “I never wanted so badly to believe that there’s something else out there once we leave and reach the end cause it’s the only way I’ll see you again.”

What inspired “The Rex Motel”, part of your latest album Another Wasted Night?

“The Rex Motel” is a real motel in Egg Harbor Township, NJ.  We would drive by it all the time and wonder why anyone would ever stay there.  It became this inside joke between our friends, so we wrote a song about it.

The best moment would probably be right now, getting ready to release Another Wasted Night.  These are the best twelve songs that this band has ever written, and we’re extremely proud of them.  As for the most difficult, I think something that we all struggle with is when we, as a band, get really excited over something, but then no one else seems to care about it.  We touch on this a little bit in the first verse of our song “Thirty-Two”.

We have a couple more shows before we release Another Wasted Night.  Then the album comes out on 8/24, and we’ll have a record release show at Kung Fu Necktie in Philly on 9/14.  In October, we’re playing a few east coast shows in Baltimore, Richmond, and DC.  We’re also working with Tomfoolery Brewing Company in Hammonton, NJ to release an Irish Red Ale called F. Nighting Ale based on our song “F. Nightingale”.