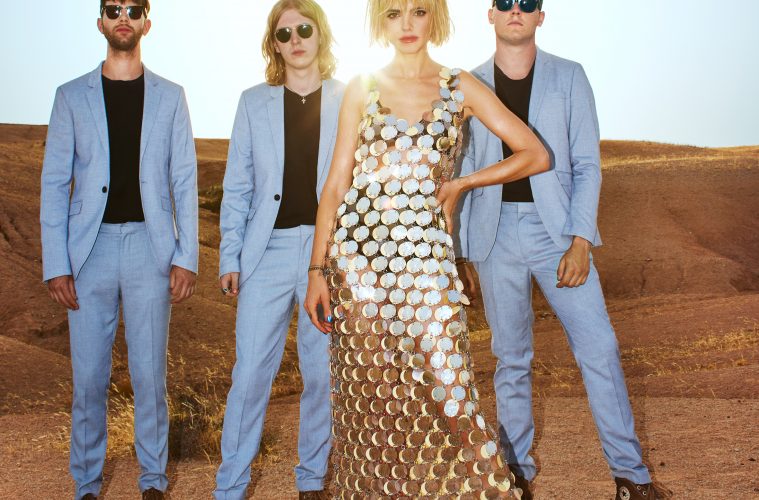 Today, rising pop showstoppers Anteros announce their debut album “When We Land“, set for release on Distiller Records on March 1st. The band have also released their new single Ordinary Girl which you can hear here.

Anteros are a band who refuse to be typecast. While standing firmly outside of any box, they’ve proven their ability to nail any genre or idea they put their mind to, having spent their formative years experimenting with dreamy indie pop, gritty electronic rock and shimmering disco. “When We Land” is where it all comes together; in one glossy, masterful package, the four-piece have created a unique sound that is both wholly refreshing and reminiscent of the greats who came before them.

On new single “Ordinary Girl”, Anteros break new sonic ground with a bracing, introspective folk-rock sound, slowing the tempo and exposing a previously unseen side of their character. Written for frontwoman Laura Hayden’s baby sister, the track dissects the feeling of being knocked down and the fight to move forward in the face of adversity; its stirring lyrics and anthemic hook make it a standout of the album and a testament to the band’s versatility.

At its core, “When We Land” is an exploration of the peaks and pitfalls of being twenty-something in 2018. “Tell me you’re not afraid to lose / While we’re still young, while we’re still twisting twenty-one” Hayden asks on album opener “Call Your Mother“, before diving into a collection of musings on post-adolescent pressure and the fight to realise your dreams. Standout track Fool Moon is a scintillating glitterball in the vein of Yeah Yeah Yeahs and Gossip, while Wrong Side – an instant crowd-pleaser at their shows before it’s even been released – is a no-holds-barred, fist-pumping pop explosion.

Recorded at The Distillery with Mercury Prize-winning producer Charlie Andrew (Alt-J, Marika Hackman, Bloc Party), “When We Land” is Anteros’ first full-length release following a string of critically acclaimed EPs and singles, as well as a number of sold out headline shows and major support slots (Two Door Cinema Club, White Lies, Blaenavon.) They’ve been championed by BBC Radio 1’s Annie Mac, Huw Stephens and Jack Saunders to name a few, and amassed over 4 million Spotify streams and counting. It’s with their debut album, however, that Anteros fully introduce themselves to the world as a force to be reckoned with. 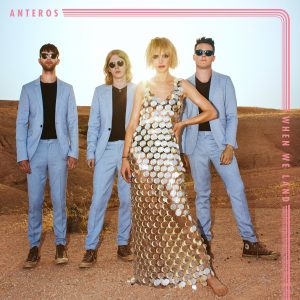 Anteros release When We Land on Distiller Records on March 1st, including the below tracks.

Anteros will play the below live dates in October 2018. Tickets available here.