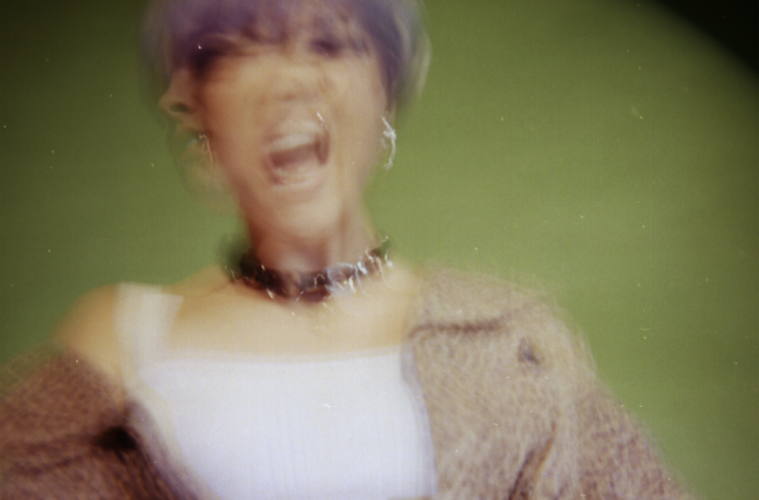 Up-and-coming ‘anti-pop’ artist TILLIE releases the official video for “Faith,” the first single from her upcoming EP ‘LOUD MOUTH‘, out March 8th. The video spawned from an idea tiLLie and her creator came up with while on psychedelics.

“I had just gotten home and was listening to the demo as I was washing my face and suddenly I just felt like I was a teenager in my bedroom again listening to a song that was written just for me,” tiLLie explained in a recent interview. “I started jumping on my bed and just had this cathartic dance party. So, the video basically became a recreation of that with the help of the ever so talented Erik Rojas. It represents what I hoped this song would feel like to whoever hears it and is going through the emotional rollercoaster of a bad break up or healing from abuse. There’s no endorphin boost quite like carefree dancing through all your feelings. I’ve done it since I was a kid and will do it till the day I can’t dance no more. It gives me a release like no other.”

Following the buzz of her breakout EP that landed her on the Vans Warped Tour, the Annie Mac Show on BBC Radio 1, and on the popular video game Rock Band, “Faith” arrives as the ark of a new era. Produced by tiLLie and Benjamin Greenspan, “Faith” is an infectious and empowering anthem that inspires hope in abuse survivors seeking justice in the era of “Me Too” – even if the system fails: “You know damn well that I could ruin you / But if they don’t believe me, I can count on you. / Cause I got faith, you’ll do it to yourself / And you’ll do it better than anybody else / I got faith.”

“I wrote my new single ‘Faith’ as a way of transcending a dark chapter of my life. After leaving the abusive relationship detailed in my previous EP, the trauma still haunted me and at times, justice felt damn near impossible. Faith is not about giving up the plight for justice, but remaining confident in the fact that shitty people will eventually show their true colors and bring upon themselves the karma they deserve.” – tiLLie

On the outside, tiLLie is the ‘alt-spice’ of the new generation and founder of ‘the glitter gang,’ but beneath the sparkly shell is a deep-rooted message that screams self-empowerment and redemption. Unafraid to expose her deepest heartache and realest struggles, she aspires to remind her listeners that “the idiosyncrasies that pulse throughout all our lives are the very things that bond us. They are the reminders that we are in this together.”

“Faith” follows the release of “Hungover on a Feeling,” tiLLie’s last single that was followed by an artist feature on the shoe company VANS in August of 2018. Recently having signed to the artist agency group ICM, she recently announced a six week long tour across the US and Canada in support of Sony’s recent signing, Cherry Pools, beginning March of 2019. Tour dates below.