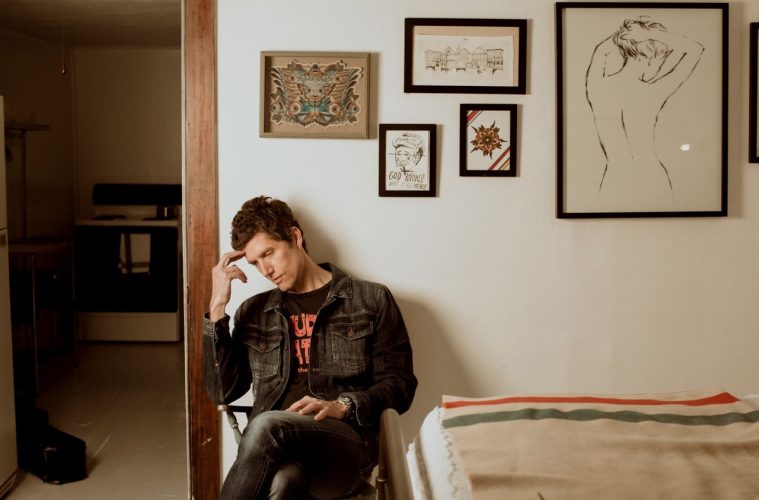 It happens all different ways… but my usual routine is I have some anchor lyrics that I get right off the bat and I mumble around between those as I work out the melody… really just singing gibberish at first. Once the arrangement and melody are finished I buckle down and finish the lyrics. It can happen super-fast like “Got Off Easy” or “Hacienda” or it can take awhile like “Are We Still Here.” More often than not lyrics are what take me the longest to write.

Persistence and repetition.  You have to write and write.   Your writing will get better the more you do it, and once you get to the point where you’re writing good songs, be prepared to have someone tell you that your songs are no good. That’s when your persistence comes into play.  Don’t quit.  It’s a business of no’s.

I’ve always thought I wasn’t writing about my personal life and was only making up narratives.  It was later I realized I’d always been writing about myself.  That said, I’m a pretty open person… no hesitations.

What inspired “Hacienda,” part of your latest album “Anywhere You Go”?

I was at the beach in Tulum Mexico at a funky little hotel.  Joe Walsh “Life’s Been Good” came on the stereo and I thought ‘No one is making music and writing lyrics like this anymore.’  I borrowed a guitar from the hotel and wrote hacienda in about 30 minutes.

I wanted to write something that felt like “Let It Bleed” era stones.  I was writing with Jeff Trott who wrote all the old Sheryl Crow hits.  He’s an amazing guitarist, and I knew he’d be perfect to work with on that kind of song. It’s just about attitude and swagger.

Do you remember the day you wrote “The Bad Old Days”?

Wrote this with Jason Reeves on an amazing Fall day.  I was in a really good place and wanted to write something about being positive and looking forward.

The goal was to do everything the opposite of how I’d done it in the past.  Writing, production, everything. To really mix it up.

I’m going out and supporting this blockbuster album! ha… yeah I’ll be hitting clubs and theatres in the US. I have an amazing band I’ve put together, and I can’t wait to play these songs live!