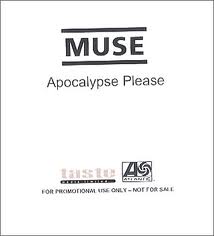 Have you ever desired the Apocalypse falling upon you? Well, we hope not , unless you really hate living in this planet!

According to Matthew Bellamy, frontman of the band that wrote the lyrics of the song, there are a lot of people that are predicting the arrival of the  Apocalypse and that are waiting for “her to show off” only because they want to prove to the others that they were right!

This is the meaning of the “please” of the title of the song; even if, with the end of the world, they gonna die, they will show to the entire world that their belief was real…..and this is good for them.

The song has been written in 2003 and it is part of the album “Absolution”that is particularly characterised by lyrics related to the “end”.

In this case the end of the world.