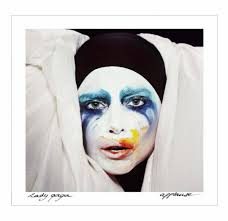 Dear followers of RockYourLyrics, today’s article is dedicated to the last song of Lady Gaga, called Applause…….why we did that? because we had a special request and we wanted to make a follower happy, so we decided to add it in to our website.

By the way……..do you know that Lady Gaga can be rock as well? Please let’s not cosider her just a pop idol….. Do you remember her performance on stage with the Semi Precious Weapons ? No? then look again on this video…..

Applause has been released in August 2013 as first single part of the album Artpop (the third one of the singer).

The song has been written by her together with the collaboration of Paul Blair aka Dj White Shadow.

In a recent interview Lady Gaga explained the reason behind this title saying that, as an artist, she is happy when, at the end of her performance, she sees people happy and , in general ( 🙂 ), when people are happy they make an applause.

Without this applause, she continues, she would not know if she was able not only to catch their attention, but also to entretrain them.

It is the story of any singer/celebrity………if there are no applauses the risk is the one to be forgotten or never make it.

Applauses, in our opinion, is just another tool of the show business…….. everybody is destined to have them to obtain fame success and, especially, to continue working.

Judging to the success obtained by the song in the first two months of its life we can definitively say that she scored again, some applauses and many more copies sold!!