Are you ready for Dubai Jazz Festival?

2014 just started and Dubai is preparing for the most important music event of the season, the 12th edition of Emirates Airline Dubai Jazz Festival® presented by Chillout Productions.

This year the show will offer a one of a kind experience  for its fans and will feature an amazing line up of world-class artists from  the rock n roll, pop and jazz world.

The festival will run from 13th to 20th of February 2014 at Festival Park – Dubai Festival City. Visit www.dubaijazzfest.com for more information.

A multinational rock band based in Dubai, the band is the first truly international sounding act to come out of the region. In October 2011 same year, they wrote, recorded and licensed to Emirates Airline the official anthem for the Dubai Rugby Sevens tournament. The band won the AVIMA 2009 Best Rock Vocalist (Dia) and the Ahlan! 2010 Best Band in Dubai and were recognized as one of the Fantastic 40 by Time Out magazine. 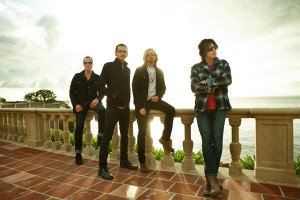 Since its formation in 1986, STP’s line-up had remained unchanged until the dismissal of lead vocalist Scott Weiland in early 2013 who was then replaced by Chester Bennington of Linkin Park.  In October 2013, the band released their highly anticipated EP, “High Rise”. STP won the American Music Award for Favorite Pop/Rock New Artist in 1994. Their hit single ‘Plush’ earned the band a 1993 MTV Video Music Award for Best New Artist and a 1994 Grammy Award for Best Hard Rock Performance.

One of Britain’s Biggest and Most Brilliant Pop Bands

The English boy band became serious pop players in 2011. On their impressive record, they have two Best British Single Brit Award nominations, a sell-out nationwide “Behind Bars” Tour, deal with prestigious American label Def Jam and slots at major festivals. Their EP debut album shook pop music to its core upon its release in October 2010, making it certified Platinum in the UK.

He rose to fame after finishing in second place on The X Factor U.K. in 2009. Selling over 250,000 tickets for his last sell-out UK Arena tour, he has become a fixture on the main stage of many festivals. In just three years, Olly has crafted three double platinum albums, which produced four No. 1 hit singles and multiple Top 20 hits selling 10 million records worldwide. Released last November 26, 2012, his album “Right Place Right Time” shot to the top of the albums chart immediately on release – giving him the biggest week one sales by a male artist in 2012.

Hit maker of ‘Bubbly’, ‘Realize’, ‘Brighter Than The Sun’ and a collaboration with Jason Mraz for the single ‘Lucky’

Colbie became a hit on the social networking site MySpace in 2006. She won two Grammys for her collaborations with Jason Mraz and Taylor Swift. Moreover, she won the Rising Star at the Billboard Music Awards in addition to Songwriter of the Year and Song of the Year at the BMI Pop Awards. From an Internet sensation to a mainstream presence, she made an enduring impact with just her dusky vocals and acoustic guitar.

This charismatic musician transcends musical genre – classic, timeless, yet contemporary with a global appeal. He has sold over ten million records worldwide and has performed to sell-out tours across the globe. He has received 12x Platinum, 26x Gold and 4x Silver Sales Awards. He is the Winner of GQ Music Man of the Year; his nominations include Grammy, Golden Globe, BRIT’s, and Danish National Music Awards to name a few.

A professional drum circle facilitator leads the team drumming experience and brings the group through the basic skills needed to access drum rhythms, much like a conductor will direct an orchestra. The group is introduced to simple rhythms, and learns and plays together until the group energy brings them up to the next level of success. 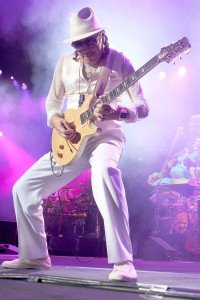 The group emerged onto the global stage in 1969 and at the same year had their first Top 10 hit, ‘Evil Ways,’ followed by two more classics — and Billboard #1 albums — “Abraxas” and “Santana III”. For more than four decades, Santana has sold more than 100 million records and reached more than 100 million fans at concerts worldwide. To date, the group has won 10 Grammy Awards and three Latin Grammy Awards. In 1998, they were ushered into the Rock and Roll Hall of Fame. The mentioned are merely some of the many honours the group has received over more than 40 years of musical endeavour.