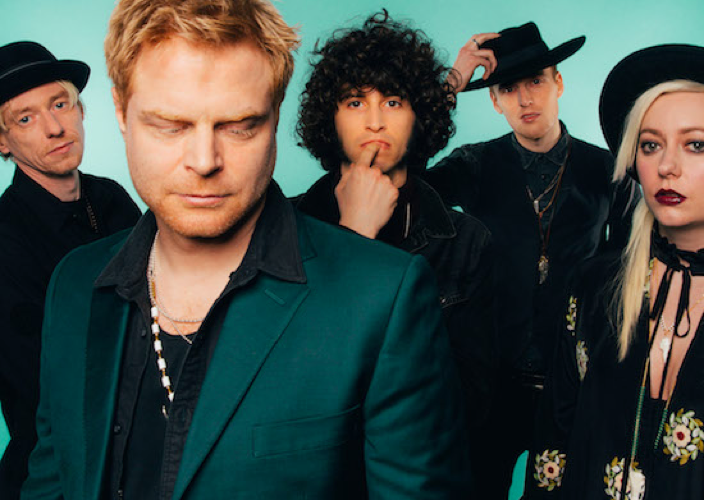 As I Fell – Interview with Curse of Lono

I usually start writing on the guitar. When I find a riff or a chord progression that interests me, I start to hum or whistle along. Sometimes words come fully formed and sometimes I have to be very disciplined. There are songs on the new album that came in less than an hour and others where I had to sit down and chisel away for many hours.

Quality control. If there is a line in there just to make it rhyme or so you can finish the song, it is probably not good enough. I hear so many successful pop songs where I wince at how lazy the lyric writing is. It’s one of my pet hates. I have been guilty of it myself and I still shudder at some of the lyrics I settled for on some of my earlier albums with previous bands. If you’re going to write lyrics, you owe it to yourself to make them as good and as interesting as you possibly can. There is one song on the new album where I spent four hours on one line. In the end I only changed two words. I’m sure no one else would have noticed but I sleep better at night knowing that I did the best I could.

No. Quite the opposite. I see it as part of the job description of being a songwriter. At the darkest, loneliest moments in my life, of which there have been quite a few, it was the honesty and vulnerability in other people’s songs that made me feel understood. That’s the whole point of it.

I have written about heartache, heroin addiction, being cheated on, falling apart, you name it. A journalist recently said to me that they thought I had really pulled my pants down and exposed myself with some of my music. I took that as a huge compliment.

That’s a very hard question. On the new album I’m very proud of the lyrics for ‘Way To Mars’ but they are definitely not the most emotional or meaningful. That song was a way for me to stretch my legs and have some fun after a very intense tour. ‘Leuven’ and ‘Tell Me About Your Love’ were inspired by my late Grandfather, so those cost me a lot of tears to get through. On the previous album I love ‘Just My Head’ and ‘He Takes My Place’. They definitely captured what I was trying to say.

What inspired “Tell Me About Your Love”, part of your latest album “As I Feel”, to be released August 17th?

I wrote ‘Tell Me About Your Love’ after I visited my Grandfather in hospital shortly before he passed away last year. I witnessed a conversation between my him my Grandmother. They had been married for sixty-nine years and hadn’t spent more than a handful of nights apart in all that time.

My Grandfather had lived through the Holocaust where he lost a lot of family and he had lost his son a few years ago, but he insisted that his life had been amazing.

He said that he would love to hang around a few more years but that he was ready whenever his time came.

Then he took my grandmother’s hand and said, “tell me the stories of our life.” And I watched them hold hands and look out over the lake together as they recalled their adventures. It was one of the most emotional things I have ever witnessed but it was also incredibly inspiring.

There have been many highs and lows. We got to open for Steve Earle at a few shows last month, which was pretty incredible.

He is one of my heroes so you can imagine how I felt when he was suddenly standing next to me at sound check, nodding along. I think the most difficult moment was when I quit my old band, Hey Negrita.

I knew that I had to stop but I had no idea what to do next. I fell into a terrible depression. It was wretched time. I tried to give up music altogether but I couldn’t do it. That’s when I started Curse Of Lono.

We’ve had a pretty crazy year so far already with two UK tours, a European tour and a bunch of festival appearances behind us. Our new album ‘As I Fell’ comes out August 17th so we’re doing a couple more festivals before heading out on a short Scandinavian tour. Then we’re taking a few weeks off before the touring starts again in October.