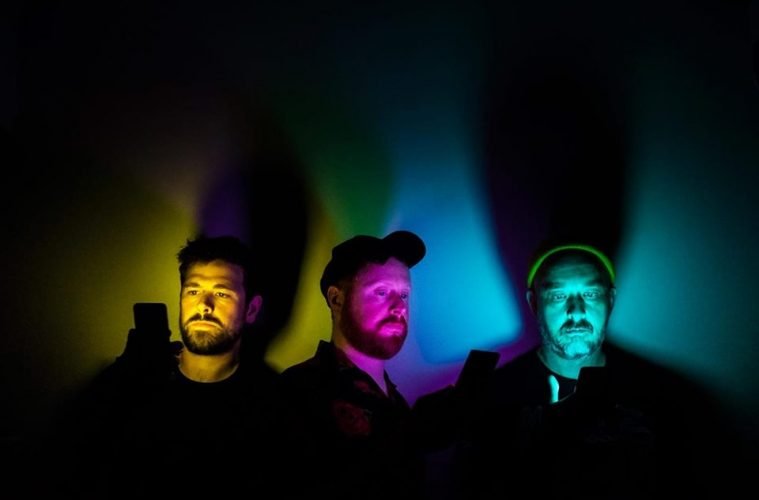 I have to write to music to be honest. I am not one of those people who can write a set of lyrics, then try to fit them to music. It just seems like you crowbar words in just to fit as you’ve written them and sound good. So normally at practice when writing the music I’ll practice phrasing over the top of it to get a feel for how it will work. It’s normally gibberish but I’ll get a feel for the rhythm of the vocals. Sometimes words or sentences come out that set me off on my lyrics or themes.

Yes I am. On our new EP ‘Asleep,’ the song ‘UvU‘ is about a time when I was suffering from the worst depression/anxiety I’ve ever had. I was struggling to tell those close to me how bad I was feeling. We wrote the music to the song and I had written a completely different set of lyrics to it, but they just weren’t working. That’s when I decided I needed to get it off my chest how bad I was feeling. The music to the song is weird, haunting and angular, so I thought it would really suit it. I was so nervous when we released the track as a single as most people would never of guessed I was suffering with it all. We decided to do a lyric video too to the song, to help people speak out if they’re feeling the same. In the end it was an amazing release and I’ve had friends and also people I don’t know coming up to me to tell me they feel or have felt the same. It was a tough song to record as I lived and breathed every word I sang.

Hmm. I do quite like the lyrics from our single ‘Give Nothing’ the line ‘there’s more of life to see than a flat earth conspiracy’ It’s very easy to fall down the rabbit hole of conspiracy theories, I’ve done it myself. But basically what I am trying to say is enjoy what’s around you, what’s real. Friends and family are all you need.

What inspired “Survival Techniques,” part of your latest EP “Asleep”?

This particular song is a bit call to Arms really. It’s about taking control of your life and not being seen as a victim of your own life. It’s about ignoring all the noise around you and to focus on yourself.

Do you remember the day you wrote “Hopes//Dreams”?

Well kinda. That song pretty much wrote itself pretty quickly both with the music and the lyrics. We had the buzzing synth going and we wrote the music around that. The line ‘you’re all looking for a real life, you’re all dreaming of a real life coming’ sprung into my mind when we started with the music that day at practice and the rest followed very easily after. It just seemed to write itself.

I guess there is a theme, the title track off the EP ‘Asleep’ is about us sleepwalking through our lives. With our heads stuck in social media and being diverted from what really is happening around us. This pretty much runs through the EP. The track ‘Good News Everybody!‘ is about trying to encourage people to seek out what’s really happening in the world rather than believing everything you read in the news. Yes there’s a lot of so called fake news, but there are still outlets out there for you to get the facts.

Luckily for us we’ve recorded nearly everyone of our songs with our good friend Jason Sanderson. He’s recorded, produced and mastered bands such as Rolo Tomassi, Brontide Bodyhound. He really knows how to get the best out of us, basically he’s brutally honest. So the best piece of advice would be him telling us if something isn’t working and to move on.

There’s not too much left of 2019, but we’re going to try and play live as often as we can. We also really want to finish up the new songs we’ve been writing. We’ve got quite a few finished, which we’ve started to play live. Also we have loads of ideas kicking around we need to turn into songs. It’s exciting really, as we work really well together and I am looking forward to hearing what we come up with.