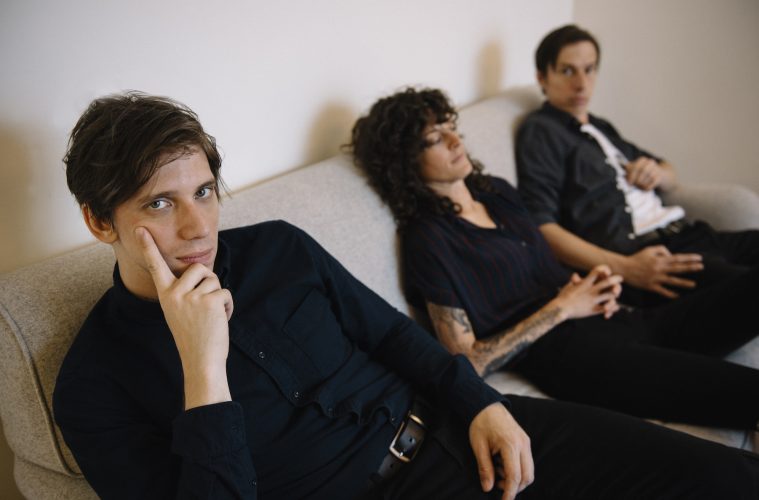 rockyourlyricsOctober 16, 20180 views
Rock Interviews0 views 06 min read
How do you usually write the lyrics of your songs?
Since we write the instrumentation together, I usually finish the lyrics well after a song is structured. While we’re writing I’ll be singing the melody and using phrases or words that I think match the mood, or I’ll just sing gibberish.
In your opinion, what is the most important thing in songwriting?
This definitely depends on what you’re going for, but from a lyrical perspective I think honesty is crucial. Things don’t have to be especially heavy or insightful to be effective, so if you’re singing about liking a pair of shoes that you are actually fond of, that’ll probably land, and then maybe I’ll also like your pair of shoes as the listener!
Are you ever scared of revealing aspects of your personal life/experience to strangers through your music?
This record’s lyrics are deeply personal, and that can definitely be a little scary, but I’m saying things about what I’ve actually experienced/felt so I feel ok about saying them.
What is the best lyric that you ever wrote (the most meaningful for you)?
I’d prefer not to use the word “best,” so I’ll say that my favorite lyrics on this record are in “RTK.” It’s about revealing a history of addiction, which is something I struggled with for most of the last decade, and being honest about that even in the abstract form of lyrics feels great. It was something I hid from just about everybody in my life, so the song sort of serves the function of opening up about it. “You have a right to know/ I’m calling from middle distance” essentially means “I haven’t fully been here for a long time, and I want those that are important to me to know that.” Heavy stuff, I know, but it’s meant to ultimately be positive.
What inspired “Duplicate”, part of your upcoming album “At Middle Distance”?
“Duplicate” is about struggling with identity, and seeing in others what you’d want for yourself. It’s so easy to value oneself based on one’s construct of self identity, like occupation or social media profiles.
And “Surface”?
“Surface” is about anxieties I feel as a millennial adult. I’m trying to come to terms with my relationship to my future, my career, and how I struggle to engage with the world in its current form. There’s so much emphasis put on young adults to build their sense of themselves around what they do, all while the definition of “doing” is so fluid. It’s gotta be someone’s job to make fake social media profiles to drum up a customer’s numbers, right? Is there a union? That notion is wild to me, that you can buy affirmation, and is an example of the types of realizations that lead to the lyrics in “Surface.”
Do you remember the day you wrote “Constants”?
Yes! My favorite thing about that song is it’s the first one we wrote together as a band, all in one go. Lyrically it’s addressing a difficult time in my life when I was struggling to find my footing in New York, and let some of my relationships fall to the periphery. I lost contact with friends and family and sunk into myself, though I now know that jobs can change, stability can come and go, but the important relationships in your life should be the first pillar holding you up.
What are your plans for 2019?
We’re working on new material we hope to record soon, and we’ll be playing SXSW in the spring. Beyond that we’ll likely tour some more and keep writing!
To conclude the interview a short Q/A session, please answer the first thing that comes to your mind: