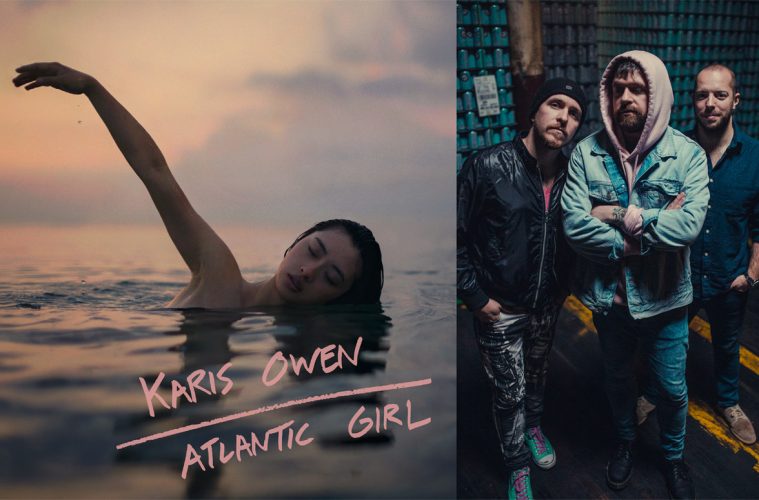 Karis Owen is an alternative rock/indie-pop trio based out of New York City and Providence, Rhode Island. Their newest single, “Atlantic Girl” picks up where their previous single, “North Caroline” left off- continuing their evolution from post-punk into more synth-tinged danceable indie-rock.

Since having gained local notoriety in Providence, RI in 2017 – the now three-piece has enjoyed a re-birth, having spent most of 2018 writing and recording– between Sean Maze’s home studio in NYC – Kyle Therrien’s studio Railroad Park Recording Co. – Westport, MA, and a retreat to a cabin in the Smokey Mountains this past August which led to the group’s now close relationship with producer/ engineer Eric Kirkland – followed shortly thereafter by the release of their single “North Caroline” – marking what they see as a significant change in the band’s trajectory.

“We’ve spent most of our time working in the studio over the past year- holding back from playing gigs until this summer- focusing on the new material that has us all very excited- we’ve really begun a new writing process. We’ve let ourselves run rampant with experiments that leave us dying laughing in the studio. We’ve stopped holding ourselves back with preconceptions of what a song should be and we’re just going for it. We’ve always been fans of pop and dance music, but now we’re letting that influence ride shotgun- with us still wielding noisy guitars and loud drums in the driver’s seat of course.
We all love The 1975 and what they have done recently– they’ve been a huge influence to us all this past year- but we also all have a grittier rock past- and right now we are having lots of fun doing what we see as pop – and we are now completely unapologetic in that pursuit,” comments guitarist and now lyricist- Sean Maze.