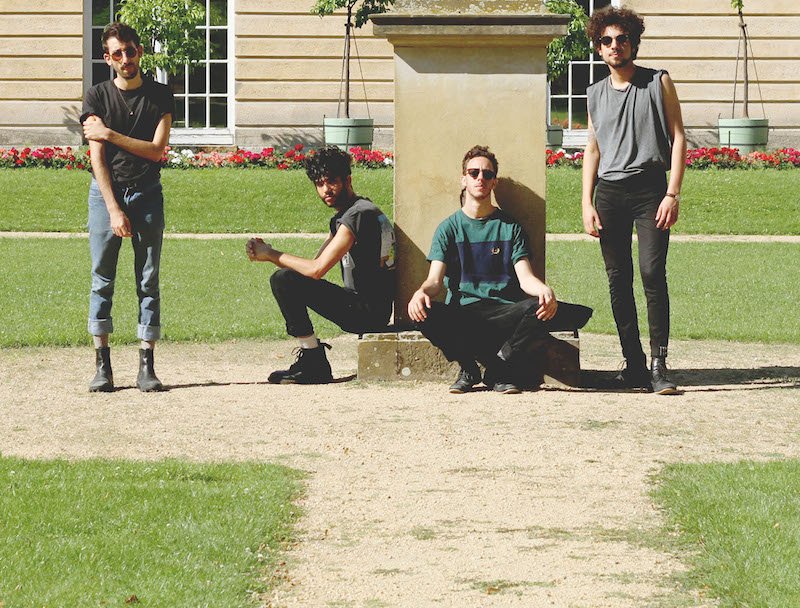 RYL: We really want to know all about the new album “Atlantis”, to be released earlier next year! What do you expect from it?

SODA FABRIC: Recording this album was a very enriching experience. We had the chance to record on analog equipment and explore different sounds. Max Bloom of Yuck gave the final touch to the mix and we are very satisfied with the result.

We hope the album will reach many crowds from different places and will give us the chance to tour even more than now.

RYL: First single is titled “Bitter Moon”, can you tell us what inspired it?

SODA FABRIC: “Bitter Moon” is named after a movie by Roman Polanski. The movie describes crazy love and some parts of the lyrics are influenced by that.

SODA FABRIC: Some of the songs describe classic situations like romance, break ups etc. while some others go in more surrealistic and psychedelic directions.

RYL: Tell us everything about your  favorite song of the album….which of its verses you like the most?

SODA FABRIC: Our favorite track is the final track “Atlantis,” which combines many influences of us as people. The hazy sound, the danceable beat and the climax in the end make it the ultimate finish for our album.

SODA FABRIC: Usually we try to tell a story in our songs. We sit together, one of us brings an idea and slowly the story builds itself.

SODA FABRIC: Our next single “Teenage Illusion” has really nice verses. It’s a story about a couple who runs away from everything to live underwater.

The verses tell the story between the repetitive sing along chorus.

RYL: Do you remember the day you wrote your first song?

SODA FABRIC: Yes. We sat at our drummer’s small room apartment and wrote a funny 50’s style rockabilly song about a guy searching for a cute girl to hit on while riding his bicycle. We actually played it quite a lot when we started to perform.

SODA FABRIC: “True Love Will Find You In The End” by Daniel Johnston. We always liked him, but since playing with him on a show we’re quite convinced it’s one of the most beautiful songs ever written.

Jill played this song with Daniel on the encore and 1,500 souls in the crowd turned into one.

SODA FABRIC: One of our craziest shows was near Dortmund in some Christian center for juvenile delinquents. We we’re told that the priest blessed the show on his weekly speech and it was super chaotic.

The crowd was going crazy and we found ourselves playing many covers for classic punk songs like “New Rose” by The Damned and “Teenage Kicks” by The Undertones. Sweet.