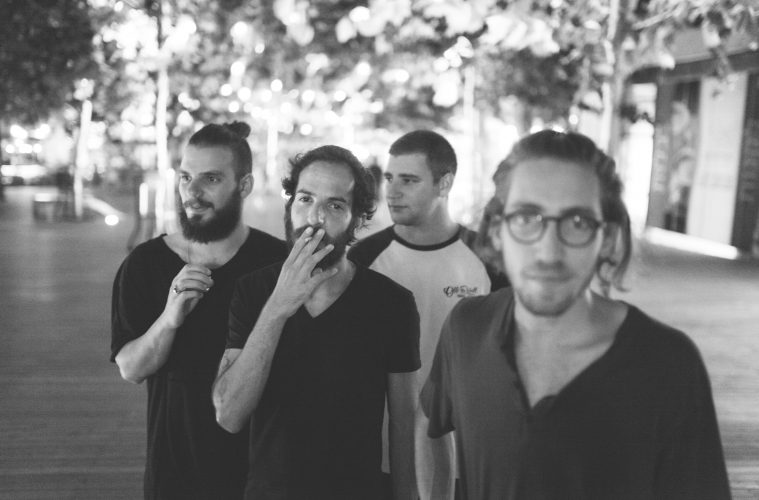 Your new album “Au Revoir ” will be released in almost a week, is there a link between all the lyrics of the songs?

Au Revoir is basically a concept album. It takes you through every stage in the process of saying goodbye to someone you love. 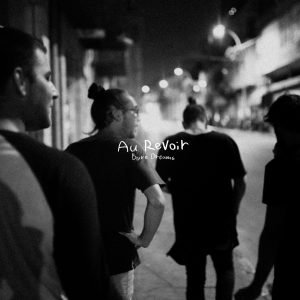 We usually write the chord progression first. Once we are done with it, we try to find a phrase that describes the topic we are trying to write about best. From that point on, the words usually write themselves.

I don’t think I can really pick the ‘best’ one. I think the most emotional one for me is ‘Last Night’s’ 3rd Verse, “Maybe someday I will find something to fill the space you’ve left behind.

I know those pills won’t help me realize how am I supposed to stay alive.”

We all had different soundtracks to our childhood. Me (Itay) and Eldar grew up listening to Pop-punk and Alt-rock like The Killers, Muse etc. Itamar listened to a lot of old school punk and prog music like Camel, King Crimson etc. Roee mostly listened to old Israeli music and a lot of Paramore and Biffy Clyro.

I think my first one was Welcome to the Black Parade by My Chemical Romance. I still listen to it a lot.

It’s been amazing. We had so much fun working on this album. We met so many amazing people that helped us create this thing called Au Revoir.

What inspired “Why Can’t I”?

‘Why Can’t I?’ describes the part in the process of saying goodbye when you’re angry about yourself. You blame yourself for everything that went wrong during the time you spent with that person and feel like regret is taking over.

Do you remember the day you wrote “Last Night”?

Actually, ‘Last Night’ was written the day after my friend died. It was written so quickly and out of pure grief. I can’t even recall writing the lyrics for this song, they basically wrote themselves.

I don’t think the word ‘scared’ describes that feeling correctly. I think I’m anxious about sharing my feelings with the world but also very grateful for the chance of doing it.

The best one up to date was a sold out show we played in TLV couple months back. Our album launch show will be taking place on June 2nd and I’m sure it will be the craziest one.

Recording new materials. Touring as much as we’ll be able to and meeting new fans around the globe.