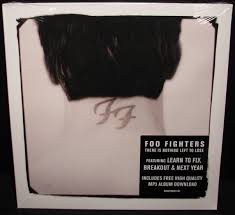 There is nothing Left to Lose, is the title of the very successful album of Foo Fighters released in 1999.

Sixth track of it is the song “Aurora”, never released as single, but considered one of the most loved FF songs.

The title is inspired by the death of Grohl’s grandmother while the song talks about the meaning of life and his years back in Seattle.

The credits of the song are all for Dave, even if , apparently, he admitted that the all band contributed to make it perfect.

Until today is still one of the favourite to play live.