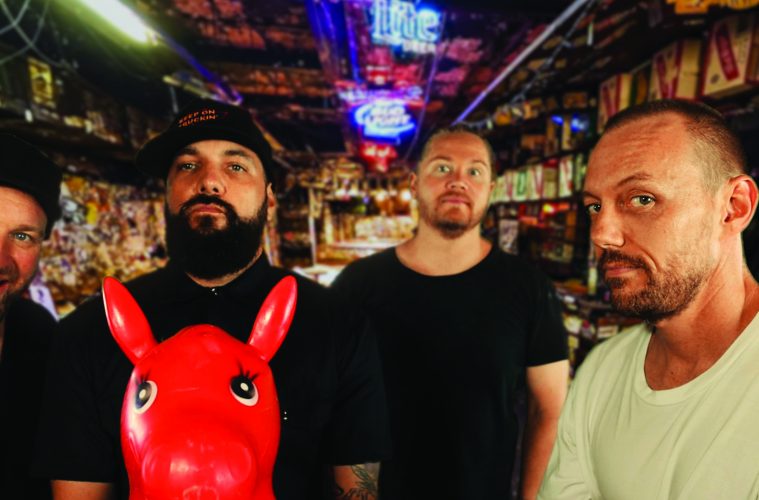 Australia’s favourite musical misfits and auteurs of Aussie hip hop, Butterfingers are back, breaking hearts and bones (mostly their own) with a killer new single, ‘Dancing (To The Beat Of My Own Drum),’ out now.  Confident and with more ecstatic energy and sharp lyrical wit than ever before, Dancing (To The Beat Of My Own Drum) is classic Butterfingers.  After a fourteen-year long album release cycle, this hectic new track is the first taste of a brand new Butterfingers album, ‘Bad News,’ set for release on March 30.  The beloved group planned to celebrate the new record with a monumental national tour across April, May and June of 2020, kicking off in Fremantle at Mojo’s Bar on April 20, then moving through Perth, Scarborough, Bunbury, Burleigh Heads,  Brisbane, Sunshine Coast, Hobart, Launceston, Melbourne, Frankston, Canberra, Sydney, Newcastle, Mt Gambier, Adelaide, Townsville, and wrapping  up in Cairns at Gilligans on June 6. Unfortunately, due to COVID-19, the band was forced to postpone the tour until further notice.

With typical rhythmic brilliance and clever, incisive lyrics, Butterfingers’ new single Dancing (To The Beat Of My Own Drum) will delight dedicated fans and will appeal to the masses too.  This track is rocky, powerful, and there’s no holds barred here – from start to finish, Dancing (To The Beat Of My Own Drum) is like lightening in a bottle.  Speaking on the song’s inspiration, band leader and frontman Evil Eddie Jacobson explains, “We’ve drawn from a lot of different artists and genres over the years but this new track and album is born from our most recent influences, which range from alternative rock to grime and trap.  Of course we’ve put our twist on all of it and it’s still definitely Butterfingers!  Dancing (To The Beat Of My Own Drum) is that scene in the film when the protagonist slays the dragon, if you know what I mean.  It’s just about that feeling when you’re absolutely sure and confident with who you are and what you’re doing, that no one else’s opinion matters anymore.”

With a new found vigor and a swag of new material, Butterfingers are officially back in the saddle and continuing to bend genres and the boundaries of good taste with a rare blend of obscenity, wit and charm.  True to form, the new album ‘Bad News’ encompasses hip hop, punk, reggae, drum & bass, stoner rock, electronica and just about anything that makes you want to shake your bones, into a cohesive mash-up all of their own creation.  From potty-mouthed gutter rhymes to heartfelt crooning odes to love lost, this is an album that will keep old fans happy and will entice new followers at an alarming rate.

With a host of industry awards, multiple ARIA award noms, a bunch of features in Hottest 100 countdowns, and playing just about every major festival on the Australian circuit over the years, Butterfingers have continued to develop their unique and supremely high energy and fun sound throughout their career.  And ‘Bad News’ is testament to this dedication to growth.  As Eddie enthuses, “The whole album is one complete story and it’s about where we’ve been and what’s happened in the last 14 years since our last album.  It’s not as literal as a regular concept album, but each song represents a scene.  The story within the album covers everything from self loathing, facing bankruptcy, battling drug addiction, failed friendships/betrayal, heartbreak – and then overcoming all that to make a rad album!” 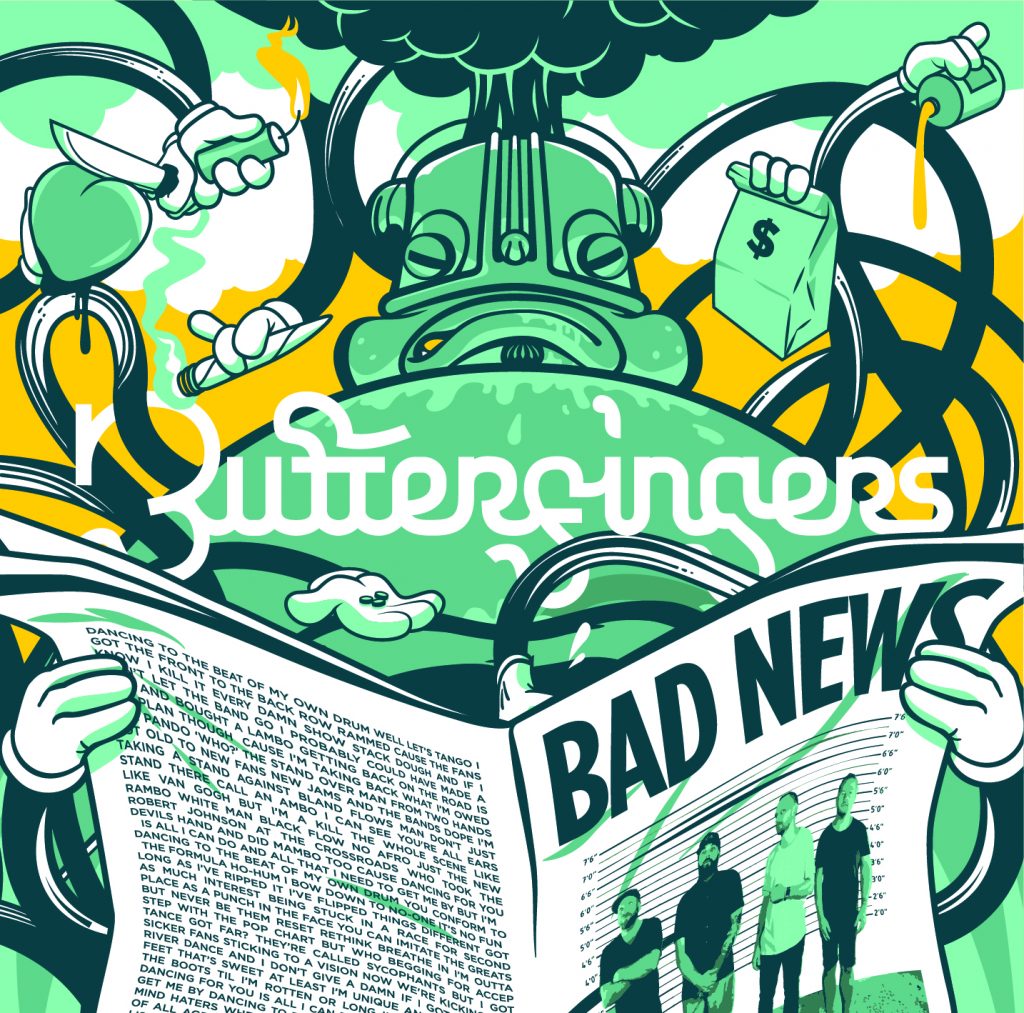 During the break, Evil Eddie released a solo album, ‘Welcome To Flavour Country’ (2010), spawning standout track ‘Queensland‘ that received great critical acclaim and charted in the triple j Hottest 100.  Taking a step back from the limelight, he joined and released an album with Brisbane thrash punk outfit Spitfireliar as lead guitarist.  Now bringing Spitfireliar bass player Bradzilla back with him, along with ex-Wolfmother drummer Tony McCall, 2020 looks to be the year that propels Butterfingers back into the Australian consciousness with fresh zest and their greatest material to date.

As ever, there’s a lot for fans to look forward to at the upcoming shows, as Eddie reveals, “We all know how hard it can be to win a crowd over with new material, no matter how awesome it is, so even though we’ll be playing a fair chunk of this new stuff we obviously aren’t going to ignore the back catalogue either. It’ll be a nice blend and the energy will be pretty hectic!”

‘Bad News’ is set for release on March 30 through Bewilderbeats

Pre-save: DANCING (TO THE BEAT OF MY OWN DRUM)

Stream: DANCING (TO THE BEAT OF MY OWN DRUM)