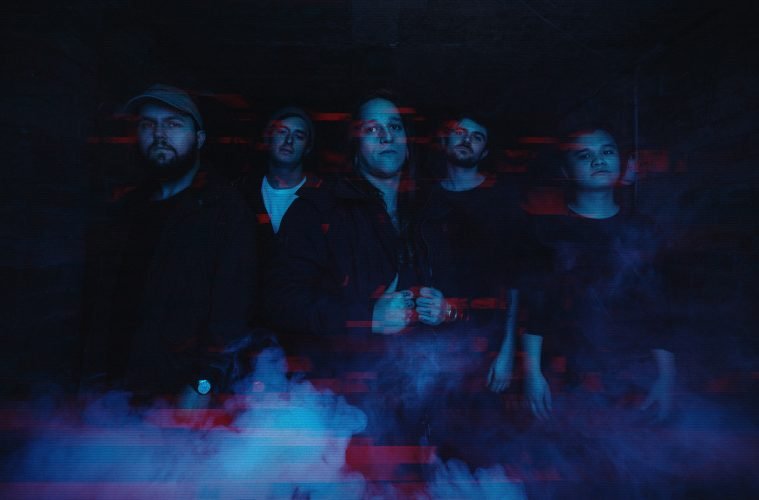 rockyourlyricsJuly 31, 20180 views
News0 views 04 min read
2018 is the year that Sydney five-piece, Polaris has cemented their place in the global scene among Australia’s most elite heavy music exports with a metalcore torch held high in their hands.
Having recently performed to packed venues on their “Dusk To Day” and “The Mortal Coil” headline tours in Australia, Polaris has set their sights set on a continued worldwide takeover with their first ever tour of North America in late summer in support of metal heavyweight headliners Parkway Drive. Dates are listed below.
One of 2017’s most anticipated heavy releases, Polaris’ debut album, The Mortal Coil, stunned audiences and critics upon its release in November, landing at #6 on the ARIA Album Charts and #1 on the Independent Albums Chart, scoring a Triple J Feature Album – surpassing the already high expectations around the band set by 2016’s EP, The Guilt & The Grief and its impressive touring cycle, which had seen Polaris gain a reputation as one of Australia’s most invigorating live heavy acts.
To coincide with the upcoming tour, Polaris has released a new music video for the song “Dusk To Day.” “This was definitely our most ambitious clip in terms of concept and execution, and it was really exciting to work on something with more of a visual narrative which we haven’t done in quite a while, with our friend Kieran Ellis Jones who we’ve been wanting to work with for a long time!,” says drummer, Daniel Furnari.
Furnari also adds, “Lyrically, “Dusk to Day” deals with insomnia, which is something that a couple of members of the band have really struggled with. It’s a song about that awful consuming anxiety that can come from being awake when everyone else is at peace, and the way that can play tricks on the mind when it’s allowed to wander. After tossing around a few ideas we realised that to get this right we would have to tap into a feeling of paranoia, so we started to develop our own little psychological thriller short-film.”
The video was shot over a weekend in a little town of Blackheath deep in the Blue Mountains of Australia, where they found the perfect street with its own picturesque-but-creepy little 19th century style church. The video is “Disturbia”-meets-”Invasion of the Body Snatchers” hybrid of their own little small-town suburban nightmare, in which their sleepless protagonist begins to suspect that the people around him are being replaced one-by-one by something not entirely human. There’s also some influence from other films like “Rear Window,” “Shutter Island,” “It Follows” and “The Machinist,” as well as some recent TV series like “Black Mirror” and “The Sinner.”
Polaris Tour Dates:
Polaris w/ Gideon
8/10 Columbia, SC @ New Brookland Tavern
8/11 Fayetteville, NC @ The Drunk Horse
8/12 Richmond, VA @ Strange Matter
8/13 Baltimore, MD @ Ottobar
8/14 Lemoyne, PA @ The Champ
8/15 Amityville, NY @ Amityville Music Hall
8/16 Trenton, NJ @ Championship Bar
8/17 Hartford, CT @ Webster Underground
8/18 Syracuse, NY @ Spark Art Space
8/19 Millvale, PA @ The Funhouse
8/21 Erie, PA @ Basement Transmissions
8/22 Columbus, OH @ Big Room Bar
8/23 Indianapolis, IN @ Hoosier Dome
8/24 Nashville, TN @ The End
8/25 Louisville, KY @ Trixie’s
Polaris w/ Parkway Drive, August Burns Red, The Devil Wears Prada
8/30 San Diego, CA @ Soma
8/31 Las Vegas, NV @ House of Blues
9/1 Salt Lake City, UT @ The Complex
9/2 Denver, CO @ Ogden Theatre
9/4 St. Louis, MO @ Pageant
9/5 Chicago, IL @ Riviera
9/6 Cleveland, OH @ Agora
9/7 Toronto, ON @ Rebel
9/9 Montreal, QC @ Mtelus
9/10 Queens, NY @ Knockdown Ctr.
9/12 Worcester, MA @ Palladium
9/13 Pittsburgh, PA @ Stage AE
9/14 Rochester, NY @ Armory
9/16 Myrtle Beach, SC @ House of Blues
9/17 Orlando, FL @ House of Blues
9/19 Houston, TX @ House of Blues
9/20 Dallas, TX @ Southside Ballroom
9/21 Albuquerque, NM @ El Rey
9/22 Tucson, AZ @ Rialto
9/23 Hollywood, CA @ Palladium