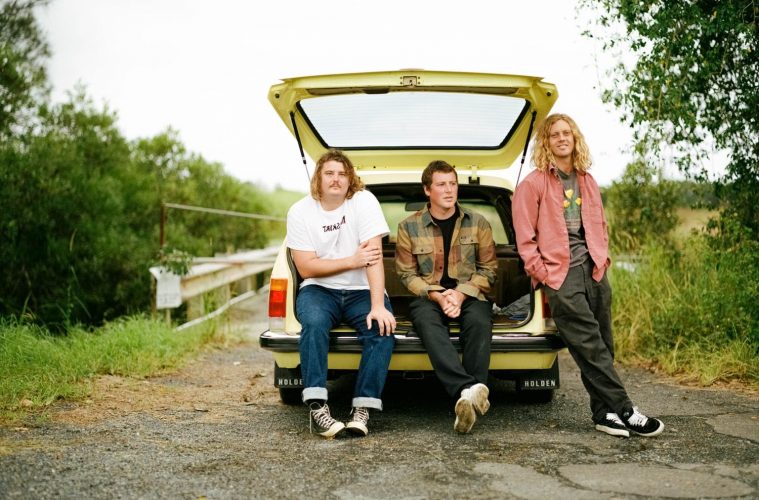 The rising Byron Bay, Australia-based rock trio Skegss today released their rollicking new single “Under the Thunder,” (click to BUY/STREAM) produced by Catherine Marks (Manchester Orchestra, PJ Harvey, The Killers), alongside a video directed by Kai Neville. Filmed on 16mm, the clip sees the band of Ben Reed (vocals, guitar), Toby Cregan (bass), and Jonny Lani (drums) break out from quarantine to take a day trip in Toby’s yellow commodore, with psychedelic worms in tow. Reed explains: “This song is about enjoying the rollercoaster of life, no one can live forever so you may as well enjoy the seasons and becoming. There’s not always going to be a solution to some situations that you’re in, so you have to take the good with the bad and ride it out, and just enjoy a beer when you can and not think about any of the bad things in your life. Nature will always have its way at the end of the day.”

“Under the Thunder” is out now via Loma Vista Recordings.

Formed in 2014, Skegss first charmed listeners with their dizzyingly energetic live shows and a series of EPs before releasing their riotous-yet-nostalgic sugar-rush of a debut album, My Own Mess (a Featured Album on Australia’s Triple J commercial radio station that also peaked at #2 on Australia’s ARIA album chart). 2018’s My Own Mess featured the electrifying singles “Up In The Clouds,” “Paradise,” and “Stop.” “Under the Thunder” follows last year’s other stand alone track, “Save It For The Weekend.”

2019 saw Skegss sign with Loma Vista Recordings and play their biggest U.S. shows ever, including a sold-out show at LA’s El Rey Theatre. The band also ascended from club gigs to nearly 6,000 capacity venues in Australia, in addition to making stops at the Yours and Owls Festival and Good Things Festival. With Australian-certified Gold singles, sold-out tours, and over one hundred million streams across their catalog, 2020 is poised to continue Skegss’ rise as one of Australia—and the world’s—finest rock bands. 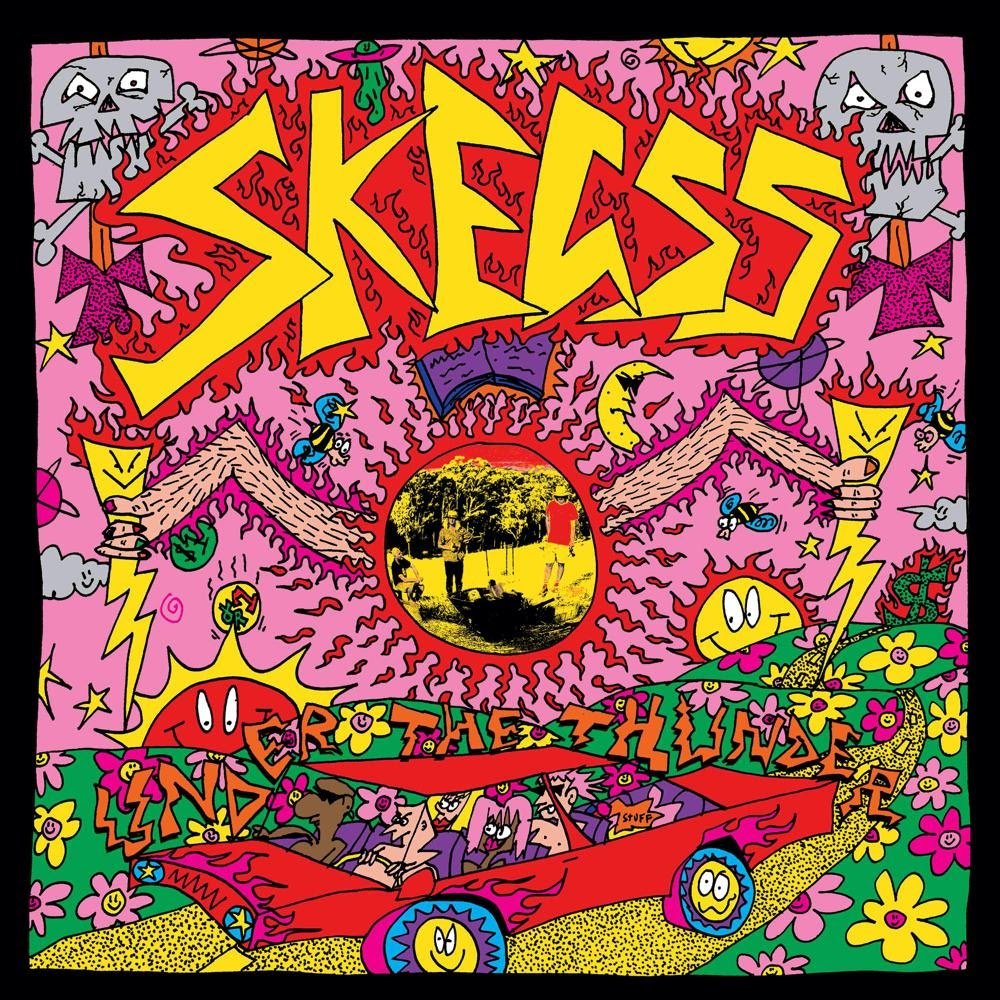