Awakening – Interview with Unity One

Your new album “Awakening” will be  released in few. weeks, can you share with us the most difficult moment of its preparation? Any crazy/funny behind the scene?

Rush: It’s our debut album and the most difficult thing, however strange it may sound, was to stop polishing the tracks. We are both perfectionists and it’s was quite hard for us to do.

There are always little things, here and there, that you want to change and it can go on forever.

Mike: There are no particularly crazy or funny things connected to the album, except that it took a crazy long time to finally finish it J It’s mostly because we live in different countries and each of us work in his own home studio.

But when we get together to play a concert, there is often something unexpected happening. For instance, once, on the day of the concert, we woke up and found our hotel room flooded with water – something broke down in the room’s plumbing system while we slept.

We hardly managed to save our gear and had to spend several hours drying our stage costumes.

Mike-E: We have Andy for this J He is a “behind the scenes” member of the band and also the head of our label SkyQode, which is pretty convenient.

The creative process usually goes like this. I record a demo without vocals, then Rush and I come up with a vocal melody and a general idea for the lyrics.

After that, Andy either turns the idea into something coherent or just gets rid of it and makes everything from scratch. 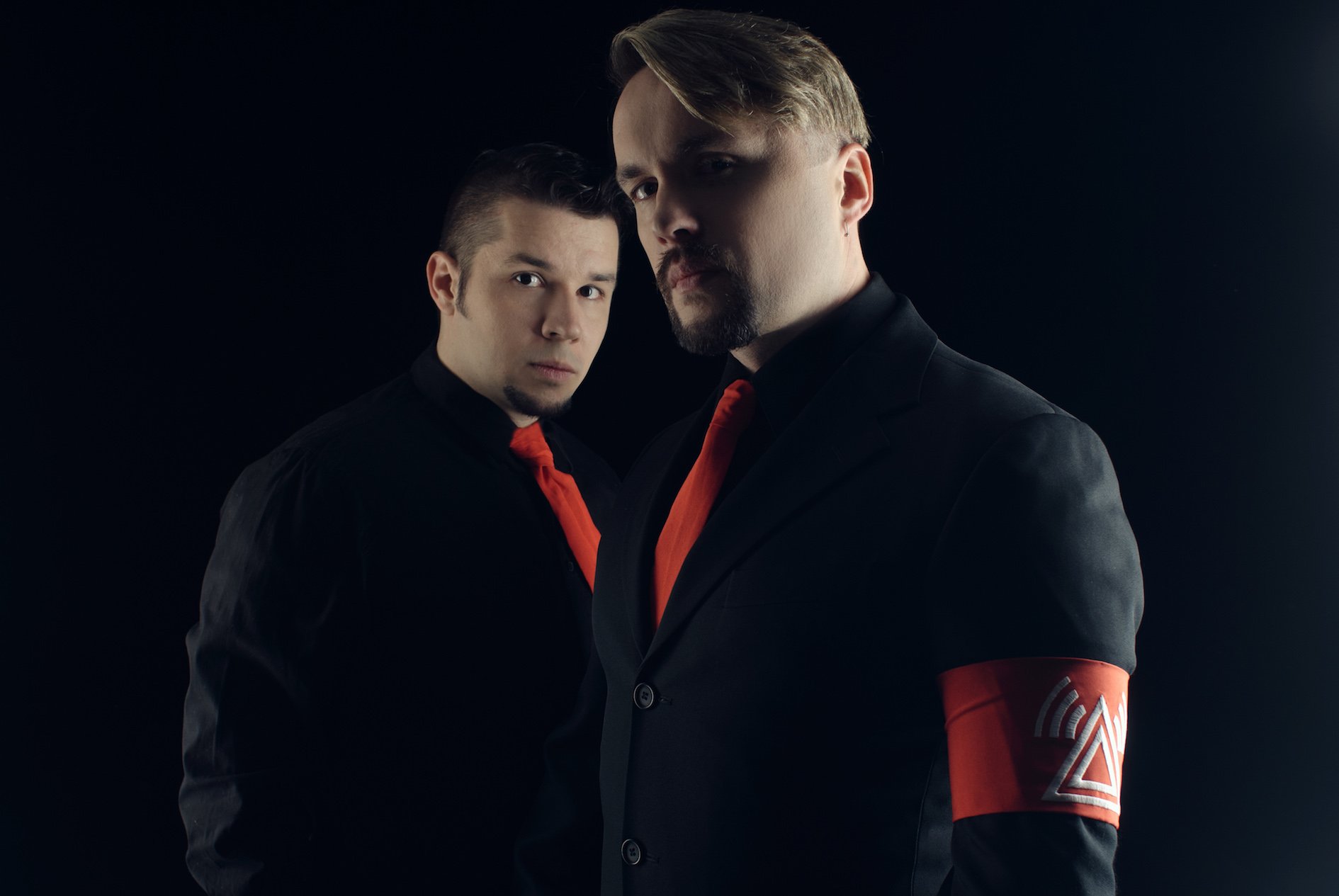 Rush: Well, it’s hard to pick up one… Probably, the verse from the song called “Bring The Storm”. It’s one of the last tracks written for the album. The verse is as follows:

Our towers holding up the heavens

Built on the blood of those who fell

We pray to gods and worship devils

We’ve lost our paradise to hell

Interestingly, it’s the only case when the lyrics were written before the music. Andy just showed us a draft of the verses and it inspired Mike to write the music. Now it’s one of our favorite tracks on the album.

Mike-E:. One of my favorites as a child was Alexey Rybnikov, a Russian composer, who is famous for rock-operas and movie soundtracks in our country. He’s a real genius in music. I still have a really great respect for him and often listen to his works.

Rush: My parents had a huge collection of vinyls. One particular vinyl that I listened to a lot was “Oxygène” by Jean-Michel Jarre. It’s still one of my Top 10 favorites of all time.

Mike-E: I actually bought two records. I managed to save some pocket money and bought “Never stop that feeling” by Mark ‘Oh and “Thunderdome X”, a hardcore / gabber compilation.

Rush: As far as I remember, the first record I ever bought for myself was “Help!” by The Beatles. I consider them one of the best songwriters in the music industry.

Mike-E: It’s been okay so far. One can even say that we just started, because it’s the release of a debut album that sort of puts you on the music map for real.

Unfortunately, the scene for our kind of music is having not so good times now. About 10-15 years ago things were much better.

But still we are optimistic and keep working hard on expanding our audience, both in Russia and abroad.

Rush: “Infrared” is inspired by a ‘villain turned hero’ kind of stories. It’s about someone who hasn’t done much good in his life, but who nevertheless has enough courage to admit this and is willing to right his wrongs.

He can do things no one expects him to, therefore such characters are often more interesting and much deeper than straight-up heroes and villains.

Do you remember the day you wrote “reality”?

Mike-E: I came up with the melody for this song when I was on vacation in Greece.

Although it doesn’t have anything Greek to it J I hummed the melody into my smartphone and then did a demo version when I got back home.

I also wrote some draft lyrics, which Andy later turned into a really encouraging piece about not being afraid to stand up and fight for the right thing.

Rush: Not at all. We want to share our emotions, to share how we feel with other people and find those who feel the same. It’s what music is for in the first place, in my opinion.

Rush: The lyrics to the song were written by Andy.

He says they were inspired by the suicide of one of his friends, who jumped off the roof of the high-rise where they used to share an apartment.

Andy had moved to Germany a year before this terrible thing happened. So the song is about not giving up even if it’s so tempting to end your problems by stepping over the edge.

Mike-E: I hope the best one is yet to happen J So far, it’s probably our show at Resistanz Festival in Sheffield, UK, in 2015. It was our first show in Europe.

We were lucky to get a slot there, thanks to our good friend Niki from Eldkastare Productions and the festival organizers.

We were opening the first day of the festival and the whole club area was crowded with people. I bet most of them had never heard about us before that day.

That’s why it was truly amazing to see them dancing right from the first track when we started to play. After the show, many people came to us saying they were surprised to see such a great performance from an opening act 🙂

Rush: Our plans are to play more shows, especially in Europe.

Right now we have a couple of dates booked in Russia, one of them is a local festival where we play with our good friends and label mates Mental Discipline.

We are open to any opportunities, so if someone wants to see us live, just tell your local promoters – we’ll be happy to come and play!

Mike: I’ve already started writing new tracks, so our next album won’t take that much time.

We plan to release some brand new stuff early next year. Meanwhile, we’ll do a couple of post-album singles later this year. So stay tuned for more music from Unity One in future!