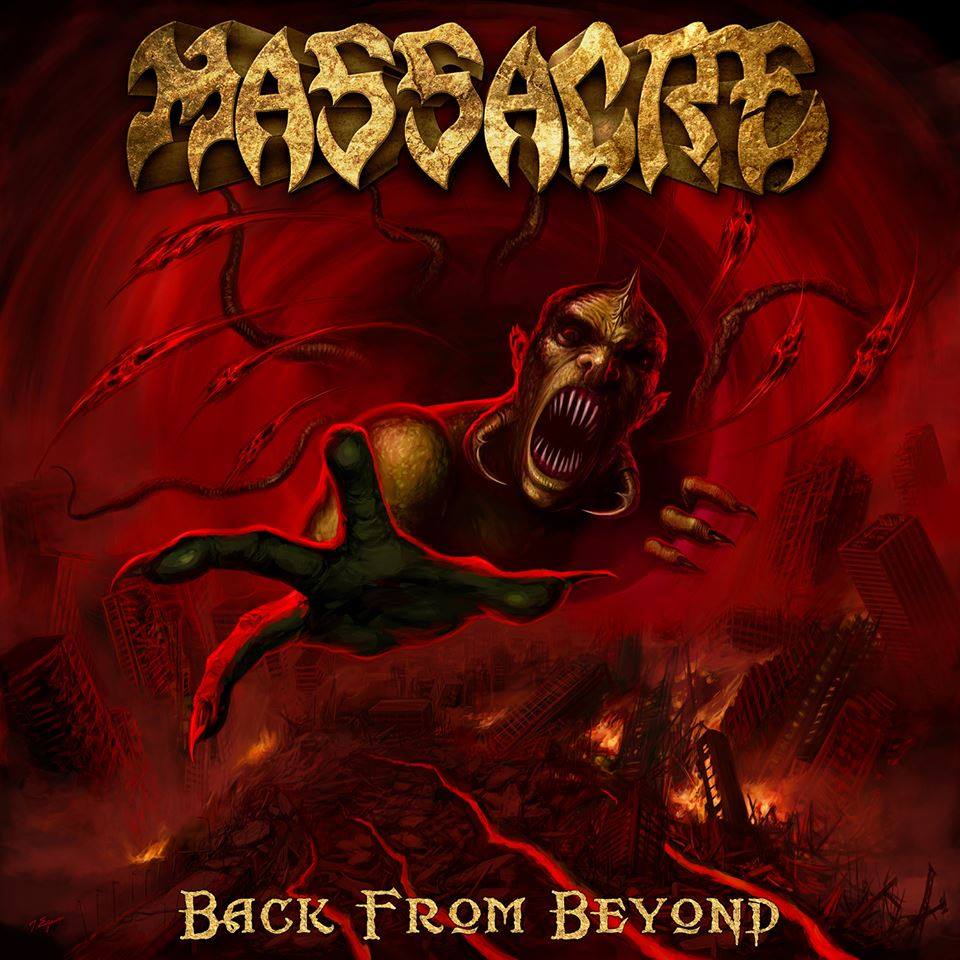 BACK FROM BEYOND interview with Massacre Terry Butler

Terry Butler, bass of Massacre (http://www.massacremetal.com) answered to our questions regarding the new album “Back From Beyond” and accompanies us in a journey on their most famous songs…

RYL: Massacre is finally back, what made you decide to release the new album, ‘Back From Beyond’, after so many years?

MASSACRE: Rick and I decided to give it a shot in 2011. We found the right drummer in Mikey Mazzanetto and vocalist in Ed Webb. We started rehearsing the album ‘From Beyond’ and it was sounding amazing. The next logical step was to start writing songs, and before you knew it, we had a new album of new material.

RYL: Talking about its lyrics, is there a link/theme between all the songs of the album?

MASSACRE: Not as much as in a concept, but most of the songs deal with movie themes or serial killers ha-ha. Such as werewolves (“Beast with Vengeance”), Lovecraft (“Back From Beyond”).

RYL: What inspired “The Evil Within”?

MASSACRE: It’s basically about a serial killer that has the traits of the most notorious serial killers. A super killer, if you will. You know, pleasant stuff ha-ha.

RYL: ‘From Beyond’ was released back in 1991, what has changed in Metal since then?

MASSACRE: Wow, so much. Well, the record industry for one. Illegal downloading has destroyed record sales. Pro-tools have changed the way bands record.

Bands have gotten faster and more technical, but not heavier. Festivals are the rage now, especially in Europe. Black metal has gotten popular. Just a few things lol.

RYL: And you? Have you changed?

MASSACRE: Definitely, I’m a better player. I’m wiser on the legal front. By that I mean, I’m more knowledgeable with the contracts and publishing. I’ve seen it all by know, so I’m ready for most situations.

RYL: From that album we love “Cryptic Remains”, do you remember how you wrote it?

MASSACRE: What’s funny is that that song is actually called “Cryptic Realms”. The re-release some years back misspelled it. It was written in ‘86. I mostly remember that Robbie Goodwin, the second guitarist at the time, came up with a lot of the riffs for that particular song.

RYL: “As We Wait to Die” seems to be the new favorite according to iTunes fans. Why, in your opinion? What does this song mean for you?

MASSACRE: It’s the first song we released for the public, and it’s a perfect example of what we are about in 2014. This song means victory to me. We worked hard and fought our way back to be relevant once again.

RYL: Which is your favorite metal song, lyrically speaking?

MASSACRE: Wow that’s difficult…Anything by Dio is magical. One of my favorites is “Voodoo” from Black Sabbath featuring Dio. This verse….

“Call me a liar, you knew
You were a fool, but that’s cool, it’s all right
Call me the Devil, it’s true
Some can’t accept, but I crept inside you.”

I mean, how can you deny the power of those words. Amazing!!!