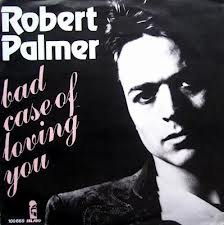 “Moon” ( nickname given to him because he was used to insert the word moon in each song he wrote) Martin wrote this song for Robert Palmer in 1978, that was released in 1979 as part of the album “Secrets”.

Obviously the song talks of problem of love, while if you read the lyrics it seems that they hide different meanings.

Let’s start from the most funniest one ; “Doctor Doctor give me the news, I got a bad case in loving you (the doctor?? 😉 )

Obviously things are not getting right for the personage of this story, he loves a lady but he is shy and he finds no chance to succeed.