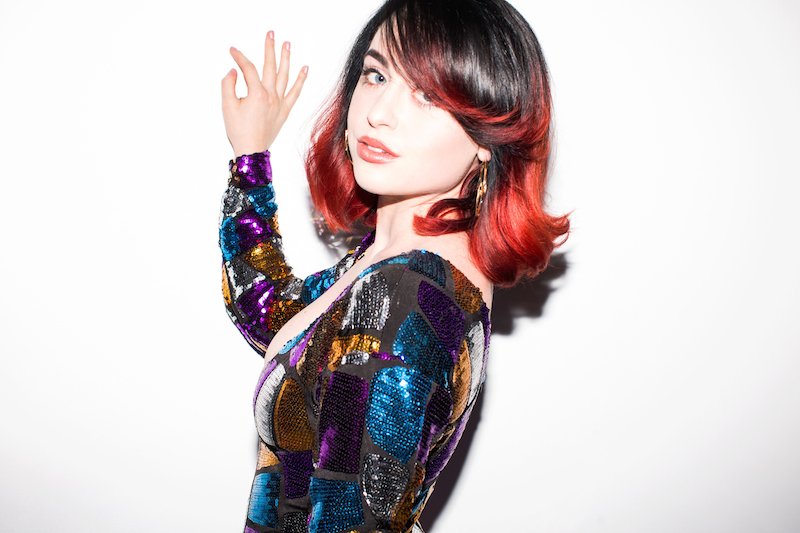 RYL: Tell us everything about your new single “BAD”… what inspired it?

ALEXX MACK: “BAD” was inspired by my personality. I love being a little bit naughty. I’m the one out of my friends usually pushing everyone to the limit and outside of their comfort zone.

More than anything, “BAD” is a song about expressing yourself in the moment and not being afraid to get a little crazy. Come on, you can’t deny that it feels good to be bad sometimes!

RYL: Do you remember the day you signed your first music contract?

ALEXX MACK: I do!! It was so COOL! I called my parents to tell them I officially am gonna make some money from this crazy career choice. It was a huge milestone and I just cried the entire time! Haha

ALEXX MACK: It varies from song to song. Sometimes random ideas will come to me, and then there are times when the song’s context is inspired by the track. I like the fact that the creative process is somewhat spontaneous and unpredictable.

RYL: Which is your favorite verse ever written in a song?

ALEXX MACK: By another artist? It would be the first verse in “Uptown Funk”! Nothing has made me smile as much as this song in soooo long!!

This hit, that ice cold

This one for them hood girls

Stylin’, whilen, livin’ it up in the city

Got Chucks on with Saint Laurent

Got kiss myself, I’m so pretty

ALEXX MACK: I am excited to say I’ll be releasing an EP this summer.  For all updates, keep up with me on Twitter (@missalexxmack) and Facebook (www.facebook.com/MissAlexxMack).  Very excited to share more music with everyone soon.

ALEXX MACK: Hmm, right now at this moment, “I Wanna Dance With Somebody” because I’m in a Whitney Houston mood!

RYL: what is the most important suggestion you received?

ALEXX MACK: It may sound cliché, but the most important suggestion or advice I received was to live in the moment and to be thankful for every opportunity.

Life will take you on different paths, but by having a positive outlook on every situation, in my opinion, a better opportunity will always present itself.