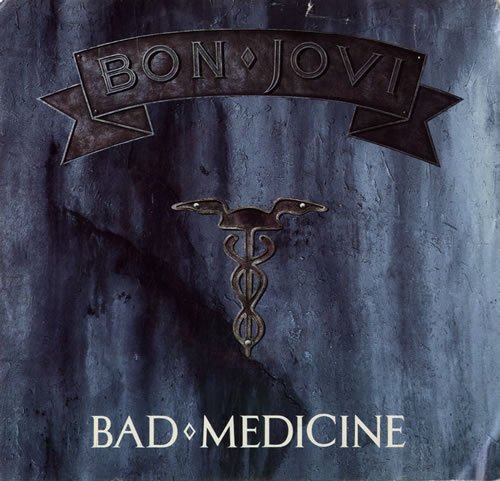 The success in terms of sales of Bon Jovi from New Jersey is indeed incredible, as , during their career, they sold over 150.000.000 copies.

Today we go back to 1998 and the release of an album that carries the title New Jersey, where everything started five years earlier.

Richie Sambora (guitar), John Bon Jovi (vocals) and the writer Desmond Child wrote the lyrics of “Bad Medicine” that was released as first single of the band.

Apparently the song has been written thinking about the girlfriend of John but in general was dedicated to all woman that drive a man crazy.

The Bad Medicine is the love (it has been said in the last verses of the song) , the only thing that can cure his disease.

Maybe John wanted love after being on tour for such a long time…. In fact the song has been written after the “Slippery When Wet Tour”

The video features the band playing on stage with a lot of beautiful girls in the public…..