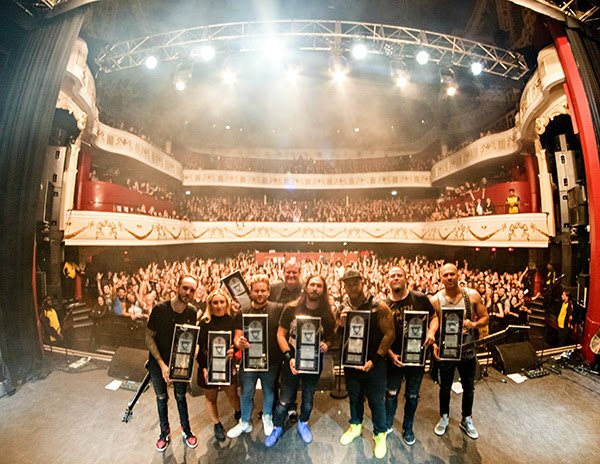 Bad Wolves are concluding their incomparable year with the stunning duet, “Hear Me Now” featuring label-mate Diamante reaching #1 on Active Rock Radio! This follows their global success of the lead single “Zombie“, a cover by The Cranberries, off of their debut album “Disobey“.

“Zombie” generated immediate global buzz, skyrocketing the band to #1 on Billboard’s Emerging Artists and #1 on the iTunes Rock and Metal Charts. Since its release, the official music video for “Zombie” has garnered over 175M views. The track is currently slated as the #1 streamed rock song worldwide with over 213M streams combined on Spotify, Pandora, Apple Music, and is considered the most Shazamed Rock Song in 2018.

The 13-track rock debut album “Disobey” peaked at #1 on iTunes overall and lead its way to #1 on the iTunes Rock and Metal Charts during its release in May. Additionally, the album continued to reach multiple chart inclusions on Billboard landing at #2 on the Hard Rock chart, #8 on the Top Current Album and, #9 on the Top Rock Artist Chart. Additionally the album went to #22 on the Billboard Top 200 and was featured at #54 on the Billboard Hot 100.